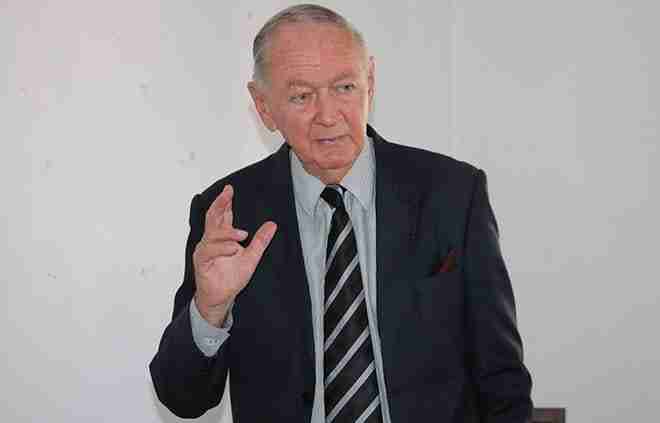 There is a real sense of despair in the country. Perhaps it is a left over from the heady days when we celebrated the final departure of Mr. Mugabe from office and welcomed a ‘new’ government. Then the elections and sweeping changes in the composition of the Cabinet. What did we expect – ‘nirvana’? A let-down was inevitable, compounded by the discovery of the magnitude of the problems that were inherited from the Mugabe era.

Perhaps the first order of business is the task of cleaning up the mess. This includes a deeply corrupt administration, a huge overhang of debt, near complete isolation from the world community, a treasury that was not just broke, but was printing money to cover a massive gap in fiscal revenues. It includes a pay roll with over 700 000 people on it and which absorbs the majority of our tax revenues leaving little for any other purpose.

Then there is the problem of the fractured nature of the political Parties and their leadership.

As if that was not enough, the new administration faced deep rooted scepticism that anything would change. Business leaders expected a great deal – more open markets, fewer controls and less corruption, they were disappointed at every turn. Even what the new Administration was doing received little publicity, almost as if they were nervous of revealing what they were doing in case it evoked a backlash.

So I attended a dinner party last night with a few Zimbabweans and found the attitude totally negative. ‘These guys will never change, it is a year since they took power, not a single person of any stature has been prosecuted for corruption and abuse of office’, was one sentiment that seemed to have universal acceptance. New taxes without any attempt to cut costs, lavish lifestyles exhibited by people in power – the list grew longer as the evening progressed.

I see things a little differently and told them so, they listened but with almost total scepticism. So let’s try to develop a score board.

Clean up the mess?

This has started but it is going to take years. The new Team has dealt with the continual bleeding through the fiscal deficit – something many experts felt was impossible. I think the Team was a bit lucky, but the reality is that we have run a surplus for three months now and in December we will pay bonuses to the Civil Service with only a small (1 per cent) deficit. Of course this has involved new taxes, but other revenues have risen and the Team has started to work on cost cutting – never easy as any businessman will ascribe. The President has appointed a new Prosecutor General after stating that the old one was not prosecuting cases against prominent individuals. I have met the new Acting PG and he impressed me – certainly prosecutions are now taking place and should gain momentum.

On the militarisation of our administration – the Joint Operations Command – a virtual parallel Government has been totally restructured with new, more professional people. The political elements have been removed and retired and although it still meets every Monday, it concentrates on security matters. The new leadership of the security forces are more professional and the top Commander is someone whom Morgan Tsvangirai would have appointed without delay. Perhaps the best soldier in Southern Africa. He certainly has no political ambitions.

The bloated civil service is receiving attention – many thousands have already been removed from the payroll. The whole system has been moved into the Ministry of Finance which is now under new management and has sound systems and controls. I have no doubt the entire payroll is now receiving attention and ghost workers, duplicate salaries and staff employed outside authorised establishments will be dealt with. Not an easy task when you have 700 000 people to deal with (300 000 pensioners).

The Government owns 200 000 vehicles – one for every two Civil Servants. Go to any Government complex or Police Station and you will find dozens of official vehicles – most with ordinary number plates but almost all in the luxury category. The State buys hardly any vehicles from the two local assembly plants even though the finished product is cheaper than comparable imports. Since the new Government came into power no new vehicles have been purchased, it is a start. Remember the days when Gideon Gono handed out the keys to new vehicles, almost at will?

A start has been made to the long process of reengagement with the global community. At the Senate hearings last week in Washington DC, one presenter gave a completely damming account of what has been going on in Zimbabwe. It is not difficult to do so, there is plenty of ammunition. It is important for the regime here to hear that – they have to understand that our re-entry to the Community of Nations depends on us playing the game by the rules. Zidera, the US sanctions Bill, does just that. It clearly sets out what we have to do to get back on the global playing field. Of two things I am certain on this issue – first the President is sincere in wanting to do the right things to secure reengagement. Second, he faces fierce resistance from his former colleagues in Shake Shake House and from senior members of his administration.

The changes in both the Executive and in the Service are considerable – the majority of Ministries have new managers, two thirds of the Cabinet are new and a quarter are not politicians but professionals. Even so the corruption in nearly all State controlled institutions continues as entrenched interests protect their sources of patronage and control. It has been fascinating to watch the struggle between the new Team and these entrenched interests and the battle is far from being won. The chaos in fuel markets is just one illustration of this.

Even when they do the ‘right things’ they fudge the impact on global opinion. The new President has scrapped indigenisation, he has accepted that the State must pay compensation to the former white farmers and this matter is also now in the Ministry of Finance and receiving attention. He has ‘suspended’ POSA – a repressive piece of legislation that we inherited from Ian Smith and which has been used for 70 years to supress political freedoms. We can now meet and march without restriction, arrests and beatings. Recently the Minister of Information announced they were going to give AIPPA the same treatment. This will free up the State media and allow new voices; already we live in a media environment which bears no resemblance to the past. But because of how they are carrying out these reforms, they receive little or no recognition.

On the economic front, the IMF would say we are making progress and making the right noises. However, you do not need to be an economist to know that our economy is in a shambles – the queues for fuel attest to that. The solution is simple – accelerate the program of reform that has already been spelt out by the new Government in the Transitional Stabilisation Program. Finish the job that they have already started. We know as a country, that when you do the right things, problems like the fuel queues vanish overnight. We need an open, market driven economy and we need it yesterday.

Many of the problems of this Government are related to their lousy public relations. The purpose of the old Ministries of Information was to control the media and use it as a tool of domestic suppression. Now it has to sell Zimbabwe to a totally sceptical and in many ways hostile world and even our own people. I always told my own marketing and advertising people – you cannot sell or defend a lousy product. Get the fundamentals right then the rest is actually quite easy.