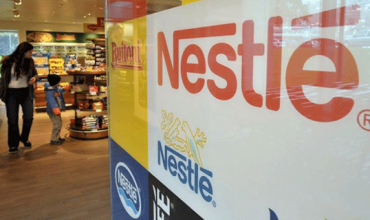 Nestlé is planning a longer-term investment in Zimbabwe’s coffee industry after the success of a partnership with Nespresso and local coffee farmers.

An initiative by the Swiss food giant in Zimbabwe has signed up about 2,000 growers, compared with 450 last year, according to the Ministry of Agriculture.

Nestlé plans to build on that, its regional head said.

“There is really scope for many, many years to rebuild.”

At its peak, Zimbabwe produced 15,000 tons of coffee a year, but a land-reform program to address racial imbalances pushed the industry into decline.

[CLICK: FEATURE | After years of slumber, Zimbabwe farmers wake up to smell the coffee]

Nestlé’s support for coffee farmers comes alongside a commitment to invest US$2.5 million in a new cereal-manufacturing unit in Zimbabwe, building on a US$40 million investment in the country over the past decade.

“Next year we hope to export over US$10 million dollars’ worth of products from Zimbabwe to neighboring countries such as Malawi, Botswana, Zambia and also South Africa,” Olierhoek said.

The new cereal line will increase output by 30% and help the company meet local demand and increase exports, Nestlé said in a statement.

As part of the Nespresso project, the company last year launched Tamuka mu Zimbabwe, is limited edition espresso made from Arabica beans from farmers in Honde Valley.