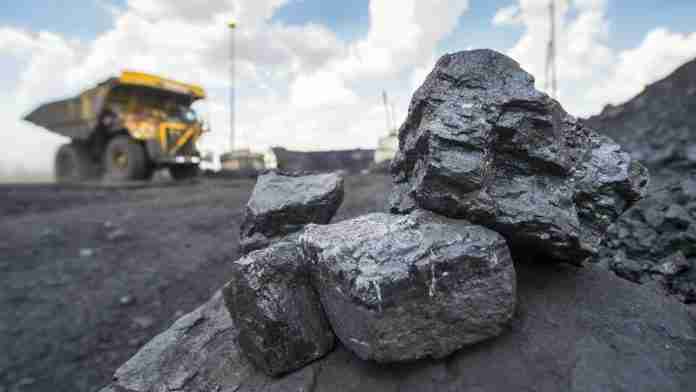 It shouldn’t have taken pressure from conservationists for the Zimbabwe government to ban mineral prospecting in the country’s largest game reserve. It should just be the law.

Last week, the Bhejane Trust, which works with Zimbabwe’s National Parks and Wildlife Management Authority in conservation in the Hwange area, said two concessions given to Afrochine Energy and the Zimbabwe Zhongxin Coal Mining Group are located inside park and safari areas. Bhejane made this discovery after its monitoring teams intercepted the two companies’ workers conducting exploratory core drilling in the area.

On Tuesday, after a week of outrage and the #SaveHwangeNationalPark hashtag trending on Twitter, Cabinet finally did what it should have done all along.

“Mining on areas held by national parks is banned with immediate effect. Steps are being undertaken to immediately cancel all mining title held in National Parks,” Information Minister Monica Mutsvangwa announced after Cabinet.

Government also banned riverbed mining, save for desiltation on the Save and Angwa rivers.

This is good news. But this is also the problem; there is a major problem with how mining and the environment are regulated.

It is great that the government has banned any mining in game parks, but there is nothing in our mining laws that makes it as expressly illegal as it should be.

According to the Ministry of Mines, the concessions inside Hwange were granted to the state-owned miner ZMDC in 2015, which later brought in the two firms as partners. The law allowed ZMDC to do so.

In other words, our laws allow mining in game parks. It is just left to officials to decide.

The law itself is two-faced. Six years ago, the government gazetted Statutory Instrument 92 of 2014, which banned mining on riverbeds, riverbanks, wetlands and on any area within 200 metres of riverbanks.

But there was a caveat; you could still mine on the river if you did it in partnership with the government.

Over the past five years, the government licensed at least a dozen companies to enter into joint ventures with ZMDC to mine gold on rivers, according to the Ministry of Mines.

Cabinet’s announcement on Monday was not clear on whether this now also falls away. There’s also no news on whether licences granted to ZCDC and ZMDC to mine on the Gache-Gache River will now be withdrawn.

And that just shows where the problem lies. If government is serious about protecting the environment, it must change the laws, and not just make press statements.

Zimbabwe has a power deficit. Two new coal-fired units at Hwange power station are being built, adding 600MW of power when they are done. They will need to be fed. The country has estimated coal reserves of 12 billion tonnes, according to data from the Ministry of Mines, and is escalating its search for investment to exploit coal.

So, the temptation to search for minerals is strong. But a balance is needed. Zimbabwe is not the first country in the region to face the dilemma between tourism and mining.

Just last year, Zambia had to reverse a plan by Australia’s Mwembeshi Resources to build a massive copper plant in the Lower Zambezi National Park. In Mozambique, the 350 000-hectare Magoe Park is an oasis surrounded by coal mines. Some estimate that up to 60% of the land in the northern Tete province is held by coal mines.

Tanzania has downsized Selous Game Reserve by 60% – a total of 31,000 square kilometres – to make way for uranium mining. In South Africa, about two-dozen prospecting licences have been granted to coal prospectors on the rim of the Mapungubwe National Park, a UNESCO heritage site. The miners want access to a rich coal seam that runs from Zimbabwe and through the park.

In Botswana, the country has allowed energy companies such as Sasol to explore for natural gas in the Central Kalahari, Kgalagadi and Chobe parks using the controversial “fracking” drilling method.

So, Zimbabwe’s government will find this dilemma is nothing new. It’s not a new debate.

Do the right thing

Instead of waiting for outrage, the government, if sincere, would have been proactive in how it manages natural resources.

The problematic special grants in Hwange were given in 2015. It’s how government responds now that matters.

To show change, President Emmerson Mnangagwa should have cancelled those grants as soon as he came to power, two years after the licences had been given. Instead, he too allowed ZMDC to continue.

Firstly, mining should not even be an idea in ecologically sensitive areas. This means no exploration should even take place there.

Secondly, mining laws should be harmonised with those governing tourism, the environment and water resources. Currently, the Mines Act gets precedence over other laws, such as the Water Act or the Environmental Management Act. Mining rights trump everything.

Across the country, riverbeds are being overrun by gold panners, many working for political elites. School grounds have been destroyed, and even a highway at the famous Boterekwa in Shurugwi was damaged recently.

All this is evidence of a ruling elite unable to curb personal greed, and protect the environment.

By banning mining in game parks, government has responded to public pressure. But that’s nowhere near enough. We need this made clear in the laws, so that those who damage the environment are legally accountable.

Without that, this will look like yet another case of a government not really interested in preserving our resources, but one just embarrassed at being caught.

Why Trafigura is buying out long-time partner Kuda Tagwirei