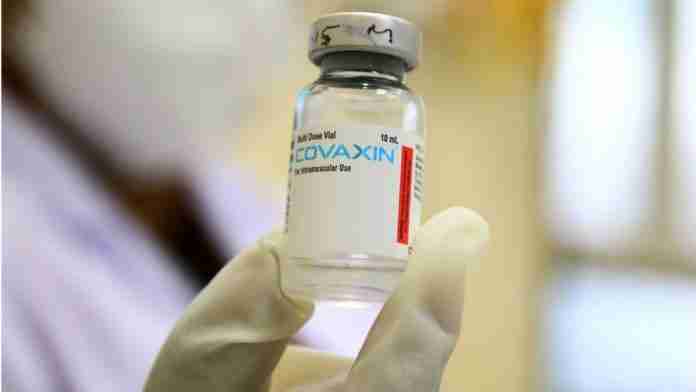 Zimbabwe on Thursday become the first African country to authorise India’s COVAXIN coronavirus vaccine, just a day after the company announced an efficacy rate of 81% in Phase III trials.

The Indian embassy in Zimbabwe said it was now working on delivering the vaccines.

“Zimbabwe has authorised use of COVAXIN, India’s indigenous COVID-19 vaccine, becoming the first country in Africa to do so. Trying to get it to Zimbabwe at an early date,” the Indian embassy said.

At a press briefing with Indian ambassador Vijay Khanduja on Thursday, Vice President Constantino Chiwenga said preparations had been completed for the delivery of 75,000 doses from India. There are talks for the purchase of additional vaccines, he said.

“We are discussing modalities of how it can come to Zimbabwe in the shortest possible time,” Chiwenga said. “We are going to be purchasing vaccines for the vaccination programme, in the main, and to revisit our other economic cooperation with India. The meeting has been quite fruitful.”

What do we know about COVAXIN?

The vaccine is made by India’s Bharat Biotech, one of India’s biggest pharmaceutical manufacturers. The company has 16 other forms of vaccines and exports to 123 countries.

In January, Indian authorities granted COVAXIN emergency use approval while the third phase of the trial was still under way. COVAXIN is currently being used by India in its vaccination campaign, which targeted nine million health workers in its first phase.

On Wednesday, Bharat Biotech announced that preliminary data from its phase III trials showed efficacy of 81%.

The company called the findings “an important milestone in vaccine discovery, for science and our fight against coronavirus”.

The Indian Council of Medical Research, which collaborated with Bharat Biotech, issued its own statement saying the interim data had been evaluated by an independent data safety and monitoring board.

India – which is already the world’s largest vaccine producer – also manufactures the Oxford/AstraZeneca Covishield vaccine under licence. But COVAXIN is the first vaccine independently made in India.

Like Sinopharm, the vaccine that Zimbabwe is currently using, COVAXIN is taken in two doses. The vaccine can be stored at 2C to 8C.

Is COVAXIN effective against SA variant?

Zimbabwe says the COVID-19 variant first detected in South Africa now dominates in Zimbabwe. According to press reports in India, there is no data yet on how effective COVAXIN is against this variant, although a study showed it may be effective against the UK mutation.

In early February, the manufacturer Bharat Biotech said it could re-engineer the vaccine to deal with the variant within 15 days.

Brazil, where a different variant of COVID-19 has been detected, ordered 20 million doses of COVAXIN on February 26.

Zimbabwe was one of the first African countries to roll out vaccines, and had by Thursday vaccinated 30,658 people, according to the Ministry of Health data.