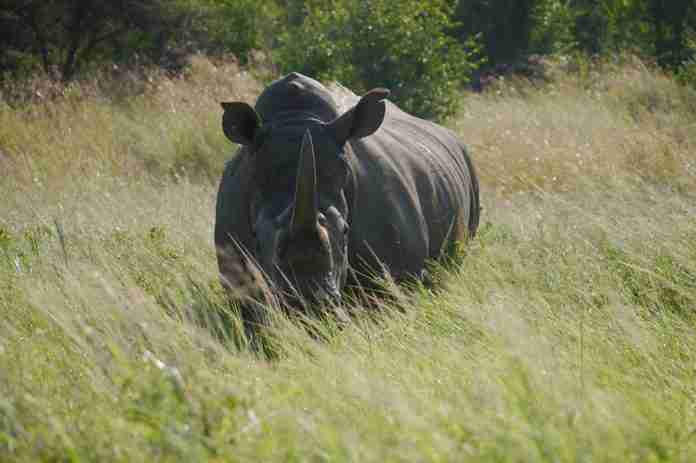 Zimbabwe is donating ten white rhinos to the Democratic Republic of Congo to help the central African country replace its herd, which was decimated by poaching.

The IUCN is the global authority on natural resources and the measures needed to safeguard it.

Conservationists have previously criticised Zimbabwe for donating game, particularly elephant, to Chinese zoos. Zimbabwe insisted that this was to ease pressure on its parks, which have a surplus of elephants. But footage of the elephants in poor conditions in China caused global outrage.

White rhino are so rare that 98 percent of the world’s white rhino population is found in just four countries; South Africa, Namibia, Kenya and Zimbabwe, according to IUCN’s Rhino Specialist Group.

Rampant poaching in the unstable DRC destroyed the country’s rhino herd, but National Parks insists that the donation is above board and follows an assessment of the conditions in Congolese game parks.

“The security and law enforcement status of the receiving property was assessed based on the local (Zimbabwe) and international (IUCN guidelines) standard pre-translocation requirements. The Zimbabwean Government was satisfied that the pre and post-translocation conditions in DRC met the requisite standards for a successful re-establishment of rhinos in that country,” the Parks authority said.

According to National Parks, the translocation is part of a African Rhino Range States’ African Rhino Conservation Plan which seeks to expand the regional rhino range area.

“The expansion of national and regional rhino range areas is one of the goals of the African Rhino Conservation plan. The exercise is a deliberate effort to enhance the security and genetic proliferation of the species at a regional level.”

Zimbabwe has previously helped white rhino restocking in the Okavango Delta of Botswana. In 2016, Zimbabwe sent eight black rhino to the Okavango, as part of a donation of 20 country rhino donation to its Western neighbour.

The 10 rhinos are being translocated from Lake Chivero, Kyle Recreational Parks and Matopo National Park.

National Parks says: “Rhinos at Lake Chivero and Kyle have reached near ecological carrying capacity and the translocation is part of destocking in line with our approved National Rhino Conservation and Management Strategy.”

Zimbabwe is said to have a rhino population of over 700.

Rhino horns are worth up to US$300,000 on the black market, traded as a powder falsely thought to have aphrodisiac properties and a cure for everything from hangovers to cancer.