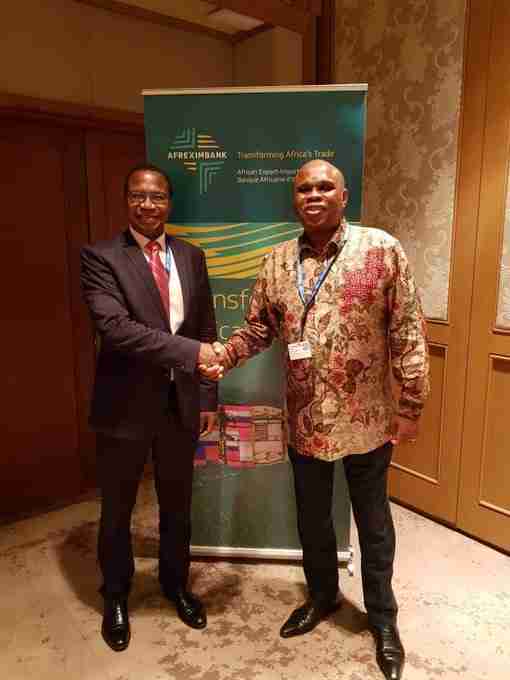 Zimbabwe has agreed to refinance its US$1,4 billion debt with the Afreximbank, which will see the pan-African lender raising funds to give the country some breathing space on repayments, newZWire has learnt.

“The Mandate Letter sets forth the terms and conditions agreed by Afreximbank and the Company (RBZ), pursuant to which Afreximbank is willing to act as financial advisor to provide advisory services to the Company in connection with the proposed capital raise to the sum of US$1,425,797,971.50,” reads a letter signed by Ibrahim Sagna, Afreximbank’s head of advisory and capital markets.

“Afreximbank will use all efforts to assist in the debt raise as set out in this Mandate Letter. For the purposes of clarity, Afreximbank will identify and approach prospective financial institutions and investors who would potentially be willing to provide financing to Reserve Bank of Zimbabwe and source letters of intent from interested lenders/investors.”

RBZ governor John Mangudya signed and accepted the offer on behalf of Zimbabwe.

Between December 2017 and December 2019, Zimbabwe, through the central bank, entered into three major loan deals with Afreximbank, using gold and platinum as collateral.

Afreximbank has emerged as Zimbabwe’s leading source of foreign loans, as the country remains frozen out of international capital markets.

The refinancing transaction could help free up some cash for Zimbabwe’s foreign currency-starved economy.

According to official disclosures by Finance Minister Mthuli Ncube last month, the loans were used to support the country’s currency as well as to import “strategic commodities” such as fuel and grain.

The loans, which ranged between three and five years, attracted interest between 5.8% and 6.75% above the London Inter-Bank Offer Rate (LIBOR). At the time the loans were signed, 3 months LIBOR was in the 1,186% – 1,91% range. It has, however, fallen to current levels around 0,18%, reflecting central banks’ low interest rate posture, led by the Fed.

Under the refinancing deal, the loan facilities would have a longer repayment period – 7 years – and a fixed interest rate of 7,62%.

As was the case with the old loans, Zimbabwe would use receipts from exporters’ surrender requirements, currently 40%, to service the loans.

The central bank’s foreign liabilities, including US$2,2 billion “blocked funds”, exceeded US$5 billion at the close of last year. Blocked funds are foreign currency which was due to be paid to offshore creditors but could not be repatriated due to hard currency shortages in the country.

In his letter guaranteeing the arrangement, Ncube says the plan has “been necessitated by the need to refinance reimbursement obligations of the Borrower”, and that the “facility extended therein to the Borrower is, in my view, in the national interest.”

Ncube adds that he has secured regulatory requirements to give the guarantee. “I confirm that I have taken all necessary steps set out in the Public Debt Management Act including, taking advice from the External and Domestic Debt Management Committee.”

A legal opinion by the Attorney-General, attached to the agreement, says it was  “prudent and in the national interest of the country that the facility be concluded”.