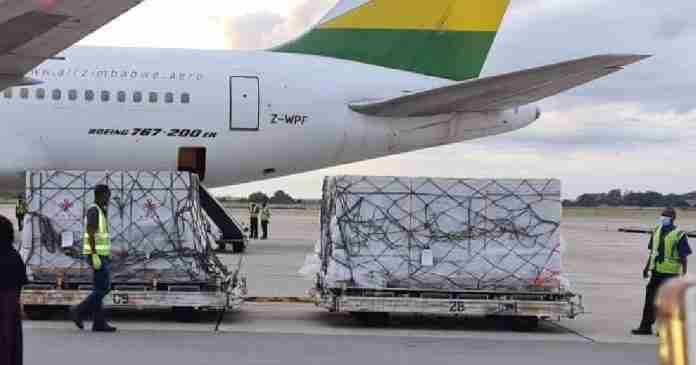 Zimbabwe is set to receive a second batch of Chinese vaccines on Tuesday, a combination of 600,000 doses purchased by the government and another donation of 200,000 doses, amid worrying signs that the immunization programme launched last month hasn’t gone according to plan.

The first phase of vaccinations started on February 22, after Zimbabwe received 200,000 doses of the Sinopharm vaccine from China. The country has since purchased an additional 600,000 doses, with China adding another 200,000 donated doses.

“A Zimbabwean chartered flight will bring back the second batch of China-donated COVID-19 vaccines  as well as the first batch of procured Chinese vaccine,” China’s ambassador to Zimbabwe, Guo Shaochun, announced on Sunday.

In all, Zimbabwe says it plans to procure 1,8 million vaccine doses from China as part of plans to inoculate at least 10 million people.

The country is also in line to receive 984,000 AstraZeneca doses under the COVAX facility, but is yet to register the vaccine for local use. Zimbabwe has so far approved use of Sinopharm, Sinovac, Sputnik V and India’s COVAXIN.

Government is believed to be reluctant to approve AstraZeneca after it proved largely ineffective against the COVID-19 virus variant first detected in South Africa, which is also prevalent in Zimbabwe.

But there are concerns about the pace of inoculations.

As of Sunday,  March 14, only 36,359 people had been vaccinated, against a target of 54,200 health workers and an unspecified number of customs, immigration and extension workers who were also included in the first stage of inoculations in terms of the government’s vaccination plan presented to Parliament on February 16.

Zero vaccinations were reported on Sunday.

“The assumption is vaccination will be conducted over 10 days in the first round and five days in the second round,” Chiwenga said.

With 21 days gone, the country is nowhere near the target.

ANALYSIS | Tinkermen: How RBZ, Govt sabotaged their own plan to restore the Zimdollar