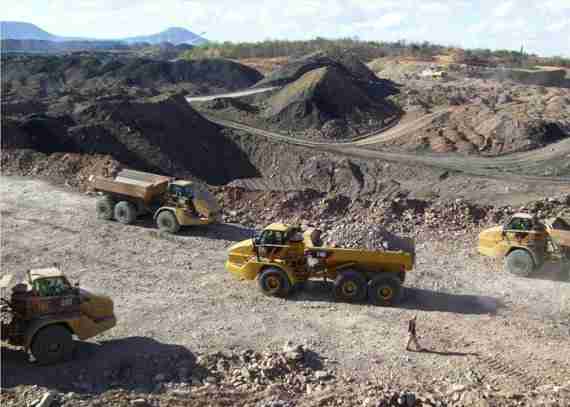 Prospectus Resources, the Australian-listed mining company, is expanding its investment in Zimbabwe with plans to acquire a new lithium find near Bindura and to build a chemicals plant near its flagship Arcadia mine.

The company says it has signed a 90 day option to acquire the Lipropeg Lithium Project, 16km outside Bindura, from local company Pegmaton Resources.

Lipropeg sits on the same belt as claims being developed by Six Sigma Metals, another Australian firm developing a lithium project near Shamva. Six Sigma has reported “exceptional grades of mineralisation during a drilling and rock sampling campaign” at its own site, which has encouraged Prospect to go on the ground quickly.

“The discovery of further lithium mineralisation at the project would mean that the Lipropeg deposit would be a significant addition to Prospect Resource’s strategic lithium resource base in Africa. The Company intends to commence its exploration programme immediately,” Prospect says in its latest notice on the Australian Stock Exchange.

Prospect recently received a mining lease for Arcadia, where the company has recently begun construction. The lease covers an area of 1,031 hectares, which includes 57 mining claims. The lease allows the company to combine all its adjoining mining claims under one licence, making them easier to manage.

Prospect is now considering setting up a lithium chemicals plant downstream from the new mine.

“Updated desktop studies have indicated that a 2.4 million tonnes per annum throughput scenario will deliver superior return to shareholders, and as such a decision has been made to publish a Definitive Feasibility Study on this basis. Additionally, Prospect is also evaluating the possibility of constructing a downstream lithium chemicals plant at Arcadia that will allow the Company to capture a larger portion of the value chain, reduce the Company’s waste material and also provide another revenue stream from the mines byproducts,” Prospect says.

Prospect is currently building Arcadia mine, near Arcturus, at a cost of $25 million. In May, Prospect Resources appointed global engineering firm, DRA to provide engineering services and upfront design for Arcadia. Prospect also signed on local company JR Goddard as the earthmoving contractor for the project.

An upper-middle-income Zimbabwe by 2030? You need 9% annual growth rates to get there,...