The Zimbabwe Power Company (ZPC) says it expects to start a critical refurbishment of the aged Hwange power plant in 2023.

The project, funded by a US$310 million loan from the Export-Import Bank of India, is meant to extend the life of Hwange’s six existing generator units.

“The rehabilitation of the ageing thermal power plant shall be done in three phases, and we are projecting that the work on the refurbishment will begin in the third quarter of 2023,” ZPC says in its latest update on power projects.

The current Hwange units were built close to 40 years ago, and break down often, causing blackouts. The project to refurbish them and extend their life will take up to five years, officials said previously. When complete, the units would add up to 880MW.

This will be a separate project to the construction of the two new units, Hwange 7 & 8, which will add a combined 600MW. ZPC plans to bring the first of the new units online this year, while the other will be connected next year. The project has been slowed down by a combination of government payment delays and COVID-19 disruptions.

According to the contractor, the Unit 7 turbine was turned on for the very first time on Tuesday, a key milestone for the project. But the extra power will not be felt immediately by consumers.

Says ZPC: “The Hwange Expansion Project Unit 7 is expected to be synchronised to the grid by the end of this year.”

ZPC will need more water to supply the new 7 & 8 plants, and this is being done by building a 42km pipeline from the Zambezi. This will only be completed in March, ZPC says.

“The Deka Upgradation Project is 71.2% complete and on track to be completed by March 31, 2023. The pipes have been laid in the order of thickness for the entire 42km. Since then, pipe welding has begun,” reports ZPC.

Zimbabwe faces a huge power deficit, the outcome of years of underinvestment in energy infrastructure. Kariba, which currently generates most of Zimbabwe’s power, has to limit electricity output as there is not enough water in the dam to generate power.

According to ZPC’s power update on Wednesday, Zimbabwe is generating about 870MW, about half of current demand. 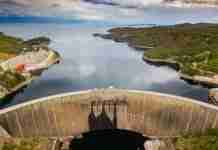 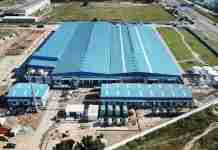