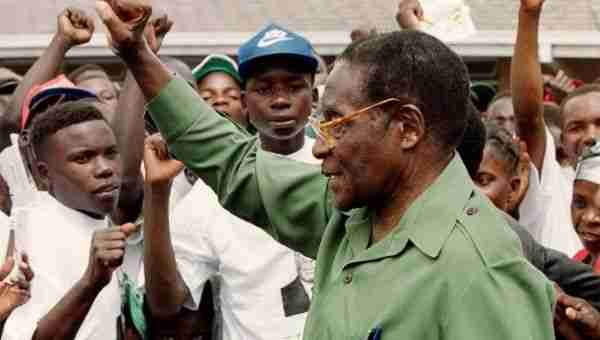 As a Zimbabwean, this message had somewhat become something of a staple every beginning of the year for the last decade or so.  It didn’t help that each time the message came through, he would be in Singapore for his “annual health check-up”. Speculation as a result of lack of information, a characteristic of Mugabe’s almost 40 years in power, rife always.

Mugabe’s death has been long coming, maybe even anticipated? I don’t even know if that is the correct word, but appropriateness notwithstanding, this time it is true. It feels so surreal. Mugabe is gone and it’s real.

Colleagues in my office came to offer condolences on my loss, “Africa’s loss” they said. I didn’t know how to respond. Am I appropriately grieved to receive the condolences? Or am so I angry (which is what I am really feeling), that here I am, middle aged, am an economic migrant courtesy of his economic policies; and yet at the same time able to be an economic migrant courtesy of his education policy?

One of my colleagues put it beautifully for me. He said, “you are that generation that is probably most conflicted over Mugabe. You saw the good, the bad and the ugly in less than a generation”. I think that is the best description of what I am feeling right now.

Sadly, it appears that the strong emotions and reactions he invoked while alive, are the same emotions he is invoking in us in death. For too many of us Zimbabweans, he is responsible for the trouble Zimbabwe is in. One of my friends said to me, “we are where we are because he refused to accept the will of the people, not once, not twice, but a number of times.”

Bad or good? Or both?

But was it always bad? Or did our rose tinted lens at the beginning colour our reality. After all, I am a beneficiary of the socialist policies of the early years that opened access to education for all. The policies of course were in the long term not sustainable.  Zimbabwe has had to pay the price.

However, what I do know for a fact is that my single mother would not have been able to send three children through university, on her teacher’s salary. I am a proud product of the Ministry of Higher Education’s manpower development grants. Do I block out everything else and remember only this aspect? That my first degree is courtesy of this man’s policies?

Do I celebrate that, together with many others, he fought for our dignity and pride as black Zimbabweans, which is why we have independence? That, because of him, we have our land, whatever that means? That we can stand our own ground on international forums as Zimbabweans without feeling that we don’t deserve to be there, because of his push in our pride and confidence?

But how do I forget that my first and only overnight stay in a prison cell was also because of the said man? Because we had taken a stand to question his policies, he had us detained in a foreign country, with no confidence that we would make it out alive? How do I forget that even as a child, there is trauma I can trace back to him?

Do I forget that courtesy of the same man, in 1981 my 8 year old self witnessed a man being shot in the back, a mere few metres from me? How do I forget the darkest stain on modern Zimbabwe’s history, the nightmare period called Gukurahundi? The time which he later described as “a moment of madness”. The time we spent nights in the maize fields in Luveve 5 because we were not safe inside; when my parents were forced to move from Bulawayo to Masvingo and forever alter our family life? The dark days, which even in the innocence of childhood, I came to realise how terrible tribalism was?

Mugabe: A paradox in death, and  in life

I was raised by a Christian mother who also had strong cultural values. I was raised never to laugh at or celebrate death or misfortune, no matter how bad the persons involved were. Common decency, hunhu, means that even in present circumstances, I struggle to say “to hell with Mugabe”.  We say “wafa wanaka” (death redeems).

In keeping with this tradition, I will not say may he rot in hell. But what then do I say? I guess that he was human? But is that enough? Does that mean I think he is suddenly all good in death? Not in the least. As my friend Everjoice Win wrote for Huffington Post, here is a man who single handedly trampled upon his own legacy. One Facebook connection wrote that he is the reason Zimbabwe is in the mess she is in, and will be for the next 10 years. That is all true. So much of the “good” he did was overshadowed by the latter years.

Who can forget 2008 and the bloody Presidential rerun? Who can forget how his wife became a terror both within ZANU PF and the rest of the country? Mugabe is a paradox in death, just as he was in life. Today many African leaders are choosing to see the Pan African leader, and forget he was the cause of their embarrassment at many an international platform. Are they wrong? Not at all, he was a leader who stood for Pan African values. He did for many countries and their nationals, what many will not be able to accomplish in two life times.

He fought for black dignity. His stance on land was unequivocal. His stance of the personhood of black people was unparalleled. But us Zimbabweans, we also remember a despot who rendered a significant percentage of citizens stateless, just to stay in power. He “othered” those from Malawi and Zambia in a move that is still affecting many, years after his departure from office, and will continue in his death.

He was the strong man of Zimbabwe, and at the same time a beacon of hope for countries elsewhere on the continent. He represented what some Africans want and are unable to attain; the capacity to tell it like it is, without thought or concern for consequences. To be able to call out capitalism, neoliberalism and know that it won’t have an effect on your work or life.

But bust we also not remember the cringeworthy moments at the UN General Assembly, when he could barely make it up to the podium? Or that infamous last UN General Assembly rant of a speech that had many Africans and those watching shift uncomfortably in our seats?

I honestly have all sorts of feels all bordering on anger and frustration. I’m mad that, for what it’s worth, a founding father of Zimbabwe has to die in a foreign land when he could have invested in proper health systems at home.

I am somewhat sorry that he would die amongst strangers and not among his own, as all old men should. I am angry that he has left the health system in Zimbabwe in shambles and that he single-handedly created a culture of relying on foreign hospitals for survival, which only the rich can afford!

“I’m angry that we must be forced to look for good in a person who could have had a good legacy, if he had known when to stop.“

I feel pity for him, after all he has died a despised old man most associated with clinging onto power, and violent suppression of dissent than a liberator. He has left a legacy of selfishness on his part, and on the part of those close to him, who couldn’t see beyond their passion for power and wealth to protect him in the end.

I’m angry that we must be forced to look for good in a person who could have had a good legacy, if he had known when to stop. Like Kenny Rogers sang in The Gambler, “If you’re gonna play the game, boy, you gotta learn to play it right. You got to know when to hold ’em. Know when to fold ’em, know when to walk away, and know when to run.”

I’m angry, I feel no tears, no melancholy. Instead, just raw emotion. But as my colleague said to me, the conflict is about what could have been, against my reality now. It would be insincere for me to say, “our hero, rest in peace”.

Will we remember? Yes, I will remember Robert Mugabe. He was part of the liberation of Zimbabwe; that, no one can ever take away from him. Was he all good? No. Neither was he all bad. There were glimmers of potential, hope, even good in the early years, but those sadly are far outshone by the misery, bloodshed, oppression, poverty and decay of the later years.

All I will say is, we will remember Robert Gabriel Mugabe.