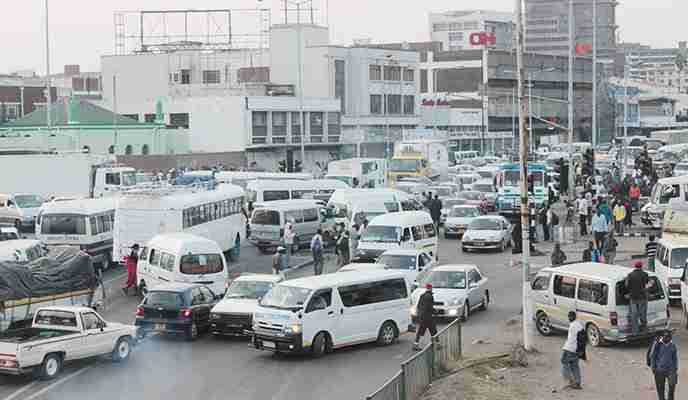 Over the past decade, Harare has become a traffic jungle of epic proportions. The combination of impatience, discourtesy, reckless and dangerous driving, blatant disregard of road rules and regulations, and unlicenced drivers has been cited among the causes of our current predicament.

This situation was, in my view, neglected and exacerbated by our police service, the Zimbabwe Republic Police (ZRP) and the Harare Metropolitan Police (HMP) in their respective areas of control. Reports of indiscriminate fines without the right to appeal, and bribery and corruption were rife prior to 21 November 2017. Motorists were treated like criminals regardless of the circumstances. The roadblocks became toll gates were every motorist was expected to leave a portion of their hard-earned cash. This was ineffective and led to animosity between the police and the motorists.

After 21 November 2017, motorists and road users breathed a collective sigh of relief. The tolling roadblocks disappeared and the Commissioner-General of Police, Godwin Matanga, and the then Minister of Home Affairs and Culture, Obert Mpofu, assured the nation of a retrained, professional, and revamped traffic section.

This never materialised. We are still stuck with an unwilling and unsure traffic police.

The law is there; use it
The presence of traffic police in key areas is often a deterrent against unruly behaviour on our roads. This, on its own, is untenable. The ZRP needs to make use of the tools of law available to them, in a professional and non-partisan manner.

We find guidance in the following legal instruments;
The Road Traffic Act [Chapter 13:11]; this act gives rise to what are commonly termed the Rules of the Road.
Vehicle Registration and Licencing Act [Chapter 13:14]; this act governs how vehicles are registered and licenced and for what purposes. Its regulations determine how vehicle licences are displayed.
Road Motor Transportation Act [Chapter 13:15]; this act governs the registration and operation of all public service vehicles (those with white and red number plates). This includes issues of route authority permits, minimum safety and insurance requirements.

These laws define the rules and regulations governing how motorists and road users should act. They also empower the ZRP in different ways to bring sanity to our roads. The Criminal Procedure and Evidence Act [Chapter 9:07] empowers the ZRP to issue tickets (referred to as Form 265), or more specifically, summons to appear in court for an infraction of the road rules.

Instead of detaining motorists by the side of the road and forcing them to pay a spot fine, the ZRP should implement a ticket-only operation that sends all traffic offenders to the Magistrates Courts for trial.

This operation will require the Judicial Services Commission (JSC) to allocate magistrates and resources specifically for Traffic Court. Magistrates and judges are the only ones allowed to set penalties in excess of level three ($30) or sentence a person to a custodial sentence or community service.

The courts need to take a stern approach to traffic offences. Community service should become a standard penalty for most offences and offenders should work in road maintenance crews. Vehicles with defects must be repaired accordingly to bring them back in line with the law. This inspection is a function of the Vehicle Inspection Department (VID).

Dealing with kombis and pirate taxis (mshikashika)
Public transport vehicles, both legal and illegal, that pick up or drop off passengers in undesignated areas should simply be identified, traced and impounded. The owners or operators of the vehicles should be hauled to the courts to answer for the offences by vicarious liability (through the condoned actions of the drivers and conductors employed).

By going after the owners and operators, it forces a change in mind-set and operating procedures at the highest level possible. Once an owner has been held liable for the actions of his employees, he or she will ensure that the employees operate within the confines of the law.

“…do not pay a cent to the police officer”

What is required of ZRP?
Firstly, the entire police service needs training on basic traffic control, such as standing at an intersection and directing traffic. There are numerous instances of groups of three or more police officers huddled beside an intersection while traffic is at a standstill.

Secondly, summons stationery (Form 265) must be available at all police stations. These must be used for all traffic offences and no option of a deposit fine should be entertained by the ZRP for at least three months from the start of the operation. To use Monopoly speak, go directly to court, do not pay a cent to the police officer

Thirdly, invest in modern technology. Where possible, traffic offences should be captured on camera and the offender and the courts should be given copies of the images for prosecution and defence.

Fourthly, establish reasonable access to the Central Vehicle Registry and Road Motor Transport Commission databases by police officers. This will allow for vehicle registration searches and identification of vehicle owners for possible prosecution.

What is required of Harare Municipal Police?
The Metropolitan police needs to enforce vehicle parking laws to the best of their ability. On any given day, there are vehicles illegally parked all across town. A major area of concern is the dividing islands along Julius Nyerere Way. These dividing islands are constructed above an underground stream and were never designed to carry the weight they bear now.

Quite simply, any vehicle found parked on these dividing islands should be clamped and, where necessary, towed to the municipal impound lot. The city are underutilised parking facilities in the form of the parkades on Julius Nyerere Way and between Samora Machel Avenue and Kwame Nkrumah Avenue. Additional car parking areas are available at George Silundika Avenue and Simon V Muzenda (formerly Fourth) Street as well as Park Lane next to Monomotapa Hotel.

It further requires the police service to act professionally and deliberately to control the madness and bring all offenders to book.

Lastly, it requires the judiciary to pronounce deterrent penalties on offenders and inconvenience offenders by making them work on the roads.

The author, Mike Murenzvi, is an opinionated driver.