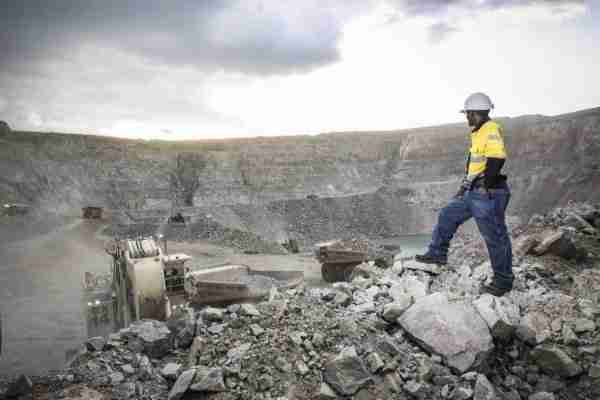 ZIMBABWEAN mining companies are seeking to float a syndicated bond of US$1 billion in London to raise capital for their aged mines.

Under the proposed deal, first discussed in March between British investors, Mines Minister Winston Chitando and Zimbabwean companies, a syndicate of British banks would seek capital for mines in Zimbabwe.

He added: “This will initially target raising US$1 billion, with the instrument guaranteed by Government as already undertaken by Government at the March 2018 investment meeting in London where representatives of several international investment banks and London Stock Exchange officials participated.”

Ncube gave no detail on the possible terms of the bond.

Chitando, accompanied by RBZ deputy governor Kupukile Mlambo and Zimbabwe Investment Authority head Richard Mbaiwa, held meetings in March with bankers, investors and advisors in London. Among them was Ibukun Adebayo, co-head of emerging markets strategy at the London Stock Exchange. Chitando is expected to hold further meetings in London this month, according to Government officials and mining executives familiar with the talks.

Trying to raise capital on the London bond market is a daring move by Zimbabwe, which has been isolated from global capital markets for close to twenty years.

Zimbabwe needs up to $11 billion over the next five years to modernise plants and bring production to capacity, according to the Chamber of Mines. The mining industry requires US$400 million in 2018 just to sustain operations, Chamber officials say.

Mining accounts for 70 percent of the country’s exports, but the country’s mines are old and in a state of disrepair after decades of underinvestment.

Zimbabwe forecasts mining output growth of 26 percent in 2018 and a further 16 percent in 2019, an ambitious target given deepening foreign currency shortages. The country has also struggled to turn pledges of new investment into a reality, as investors remain sceptical of the post-election policy environment and the lack of guarantees on repatriating their earnings.

Among the few projects that have recently taken off are Arcadia, Prospect Resources’ new lithium project which has begun construction at Arcturus, near Harare, and Karo Resources’ platinum mine near Selous. Great Dyke Investments, a joint venture between Russia and Zimbabwe, has only recently selected Afreximbank as lead arranger to raise capital for its platinum venture at Darwendale. DRA, one of the world’s leading engineering firms, has won separate contracts to provide engineering services and plant design at both the Arcadia and Darwendale projects.

A recent survey of mining companies, the State of Mining Report, showed that forex shortages and the lack of affordable capital were the first and second biggest concerns among executives last year. The survey findings also revealed how average profitability in the mining industry fell in 2017, with 30 percent of respondents having made losses in 2017, compared to 15 percent in 2016. Of the 30 percent who made loses in 2017, 70 percent had made profits in 2016.

Hoping to boost investment into mining, the Ministry of Mines has recently granted eight mining companies with exclusive prospecting orders for a period of three years, while four companies have been granted special grants. The granting of such licences provides the right to search for minerals and peg claims.