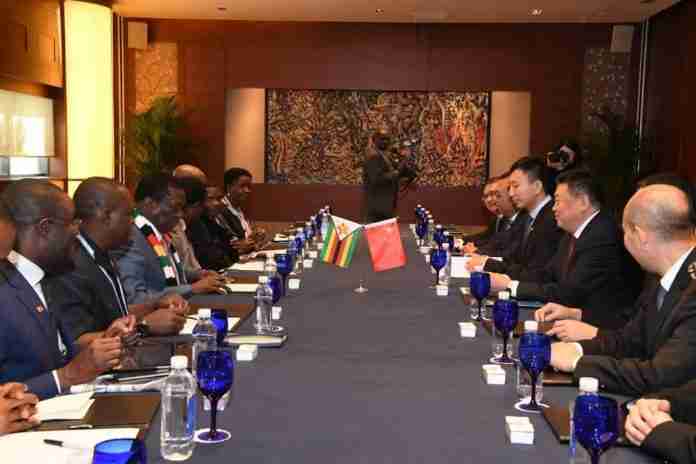 China has announced $60 billion in new funding to Africa, and the scramble is on among African leaders for a piece of that pie. China’s massive “belt and road” initiative will see Chinese investment in infrastructure across the region, and it will naturally happen through Chinese firms.

In China for the Forum on China and Africa Cooperation, President Emmerson Mnangagwa has been meeting Chinese companies to pitch Zimbabwe as a good place to place some of that Chinese money.

On Wednesday, Mnangagwa and his delegation held a series of meetings with Chinese companies. We take a look at some of them, and what Mnangagwa might be looking for from them.

China Communications Construction Company (CCCC)
Valued by Forbes at $28.8 billion, CCCC is the largest construction firm in the world, and the single-largest beneficiary of the Belt and Road project, according to research by DBS Group. It gets most of the construction work, and by 2016 had US$93 billion in project backlogs alone. The company is no stranger to Zimbabwe. Together with Sinohydro, CCCC has recently begun building Kunzvi Dam to supply Harare, in a project that had been long-stalled.
Earlier this year, during a visit to the firm by Mnangagwa, CCC chairman Liu Qitao announced a plan to open an office in Harare. At that meeting, Mnangagwa pitched an urban rail transit system, dams and new border posts. CCCC is the company that built Kenya’s Standard Gauge Railway.

Huawei
A notable meeting for Mnangagwa was with Huawei, the world’s second largest smartphone maker and a major supplier of telecoms infrastructure. In January, the company signed a $71 million deal for state-owned NetOne’s network expansion and is involved in the digitisation project. With its capacity, Zimbabwe might want to interest Huawei in more tech projects.

China Gezhouba Group Company
The Zimbabwe delegation also met CGGC, a power company that is currently building the $4.5 Billion Caculo Cabaça hydroelectric complex in Angola. The company says it is the biggest such project being undertaken by a Chinese firm in Africa. When done in 2023, it will supply half of Angola’s power needs.

COLUMN | Written Shona has now been around for decades. It’s time we added...