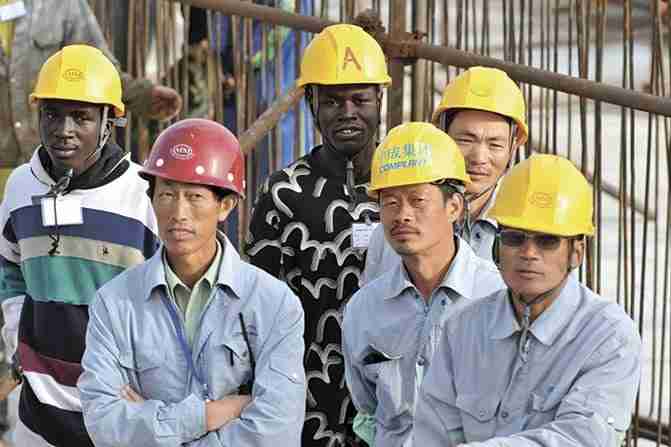 Beijing has, indeed, provided some refuge to Zimbabwe, which was frozen out by its traditional western donors and shut out from the international capital markets for two decades now.

Zimbabwe’s infrastructure needs exceed $14 billion, according to the African Development Bank (AfDB), an opportunity for Chinese infrastructure funds flowing into the continent. Almost every significant infrastructure project Zimbabwe has undertaken since 2000 has been Chinese funded.

But, ahead of President Emmerson Mnangagwa’s maiden presidential visit to China in April this year, Finance Minister Patrick Chinamasa revealed that Beijing had started to turn off the taps for Zimbabwe, over the country’s failure to service its loans.

Officials said one key outcome of the April Xi-Mnangagwa meeting was a commitment by China to resume financial support, while Zimbabwe pledged to abandon its delinquent ways.

This week, Xi opened the China-Africa summit with a $60 billion funding pledge for the continent, to add to a similar amount Beijing made available in 2015.

This time around, the envelope is made up of $15 billion in grants, interest-free loans and other concessionary funding, $20 billion worth of credit lines, a $10 billion special fund for development finance, $5 billion to facilitate imports from Africa and $10 billion for investment into Africa.

“Not your friend, buddy”

There’s no doubt that Zimbabwe enjoys warm ties with China, but the available data shows Beijing has not allowed sentimentality to trump economics.

Chinese loans to Africa have risen phenomenally since 2000, when the Asian giant extended $130 million loans to the continent. By 2017, this figure reached $140 billion.

Zimbabwe, however, only ranks 17th on the overall list of recipients of Chinese loans on the continent and sixth within the Southern African Development Community (SADC) bloc.

A look at Chinese investment in other African countries paints a sobering picture.

Here are some details of Chinese-funded projects in the regional states:

Funded partly through an interest-free loan from China, the 1,344 kilometre line was built by the China Railway Construction Corporation (CRCC).

The project was part of the initial $2 billion credit line extended to Angola by China in 2004, after the oil-rich African country abandoned talks with the International Monetary Fund (IMF) over the Bretton Woods institution’s insistence on reforms. Since then, Angola has received a total of $43 billion in loans from Beijing, the most for any African country over the period.

Ethiopia’s $475 million light rail project, 85% of which was funded through a concessional loan from China’s Exim Bank, was built by the China Railway Group Limited. The two-line, 34.4-kilometer system was completed in 2015. In the first full year of operations, the light rail transit system carried on between 105,000-110,000 passengers daily, at a cost of between US8 cents and US20 cents per ticket, depending on distance.

The $3.2 billion project is Kenya’s biggest infrastructure initiative since the country’s independence in 1963 and has cut travel time between the capital and the second largest city by half.

The 472km line has, however, sparked controversy due to comparisons with Ethiopia’s 756km Addis Ababa-Djibouti railway, which is also Chinese funded and cost just $200 million more despite being nearly 300km longer and also electrified, unlike the Kenyan one.

The $315 million project, funded by the China Exim Bank, is being undertaken by the China Road and Bridges Corporation.

Although some sections of the road have been opened up for use, the project is not yet fully complete and is running behind schedule due to the Mozambican authorities’ failure to raise funds to relocate about 500 residents from sites along the road.

China is funding the $360 million upgrade of the Kenneth Kaunda International Airport in the capital Lusaka, as well as the construction of a new international airport in Ndola, at a cost of $700 million.

OPINION | Sticky wicket: Can Zimbabwe cricket duck its troubled ties with the country’s...