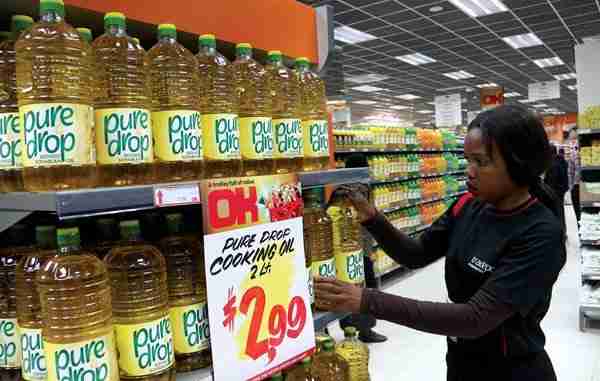 The price hikes in early October drove annual inflation to 20.85%, the highest recorded since Zimbabwe adopted the US dollar in 2009, according to new official data just released.

The shock new numbers add fresh pressure on Finance Minister Mthuli Ncube ahead of his budget presentation next Thursday, November 22. The market will be watching for how deep Ncube can cut into Government spending and borrowing, which have fueled prices over the past year.

Inflation took a massive 15.46 percentage point leap on the September 2018 rate of 5.39%, the Central Statistical Office (CSO) said in a report today (Tuesday). This means that prices of the selected goods that are used to measure inflation were 20.85% higher in October this year than they were this time last year.

Between September and October, inflation quickened by 15.52 percentage points to 16.44%, a large jump that points to the currency and price crisis that hit the country following policy announcements at the start of October.

“It is important to note that data on prices was collected during the period covering five days around 15 October 2018. The changes in prices in this report refer to that period,” the CSO said.

The year on year food and non-alcoholic beverages inflation, prone to transitory shocks, stood at 26.78% whilst the non-food inflation rate was 18.06%.

In September, inflation had matched the previous highest level, the 5.3% recorded in June of 2010. However, the big jump in the latest numbers best reflects the immediate fallout from Ncube’s policy measures, key being the separation of US dollar balances from local deposits and a 2% tax on electronic transactions.

The measures knocked confidence and devalued local currency black market rates. The rate has since appeared to find a bottom at premiums of 260%, but the rush has forced prices higher as businesses pay more for imported goods.

Last week, central bank governor John Mangudya said he anticipated inflation to rise in the near term, but that he forecasts it will settle below the 7% average in the SADC region.

Zimbabwe’s only match in the region is currently Angola, whose September inflation stood at 21.6%. Most economies in the region have managed to contain inflation below 7%.

While the 20.85% is a big jump, some independent estimates suggest it may even be understated.

Presenting its half year financial results last week, OK Zimbabwe said its internally measured inflation – which gauges the movement in the prices of the goods on its shelves – was 12.2% in September, considerably higher than the official 5.39% at the time.

Who are you? Often shut out by suppliers and foreign banks, firms eye trade...