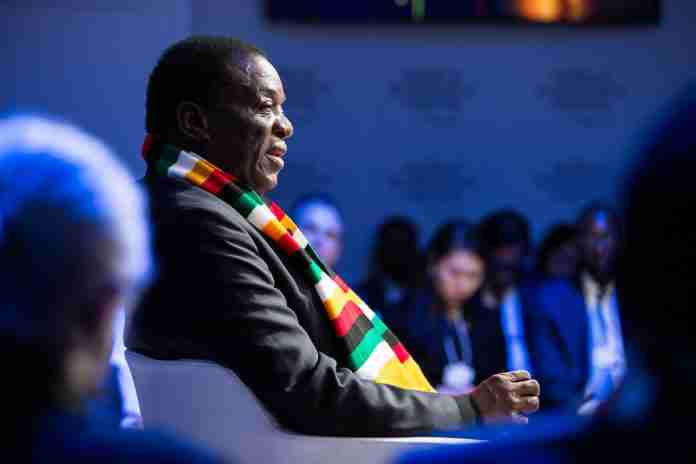 On the eve of the military coup that led to his rise to power, President Emmerson Mnangagwa has written this article on reforms in The Financial Times.

When Margaret Thatcher was elected UK prime minister in 1979, she recognised that piecemeal change would not be sufficient to tackle the problems of labour unrest, rampant inflation and economic stagnation. A wholesale transformation and modernisation of the British economy was required. While there would inevitably be downsides to such rapid change, Thatcher was undeterred.

The challenges that Zimbabwe faces today are no less acute. But my government is committed to tackling them head on. Like Thatcher, we are not afraid of taking tough, and at times painful, decisions. As she used to put it, there is no alternative.

In order to reform, restructure and rebuild the Zimbabwean economy, the national budget must be balanced and spending reined in. The government wage bill is unsustainable.

A large and inefficient public sector cannot be allowed to hold back private enterprise. We have set about cutting unnecessary expenditure, therefore. We are reducing the number of ministries, limiting foreign travel and perks for officials, and retiring or redeploying senior officers.

Privatisation and the reform of state-owned enterprises are also key components of this strategy. Organisations which have outlived their commercial viability or necessity will be dissolved.

Over the past two years, we have spent large sums to support struggling state-owned enterprises. But we cannot continue to prop them up. So we have earmarked under-performing bodies for sale and have given them strict deadlines to conclude privatisation deals.

Governments do not only cut. They must also collect. As part of an effort to broaden the tax base, we recently introduced a 2 percent levy on electronic transfers, which make up around 96 percent of all financial transactions. Collecting revenue effectively and efficiently, combined with cuts and privatisations, will enable us to cut the budget deficit.

These measures are being complemented by an anti-corruption drive that will save Zimbabwe hundreds of millions of dollars. Investigations are under way and arrests are already being made, including of ministers and senior executives. The era of zero tolerance for corruption is here.

The economy is already quietly showing signs of improvement, with growth forecasts revised upwards. Many sectors are thriving. The country’s gold mines have already surpassed the total output of 2017, for example, while a plant for the production of lithium carbonate project in Kwekwe is off to a promising start. Critically, agriculture is increasingly being funded by the private sector.

However, Zimbabwe cannot succeed alone. We are seeking new areas for co-operation and partnership. I was delighted, therefore, by the warm welcome our delegation received at the recent UN general assembly, where I urged the international community to support us as we revive our economy and build a better future.

Mthuli Ncube, the minister of finance, a former African Development Bank chief economist, delivered this message at the recent IMF and World Bank meetings in Bali. There, he met development partners and creditors who welcomed Zimbabwe’s debt-settlement and transitional stabilisation plans.

The process of change is not smooth. Some pain and discomfort along the way is inevitable. The arduousness of the path of reform can sometimes lead governments to stall or backtrack. But as a passionate reformer leading a reformist government, I know there is no other way. We cannot allow anything to slow us down.

As Thatcher once said: “Yes, the medicine is harsh, but the patient requires it.”

In the spirit: Afdis sales volumes up 28% in the quarter