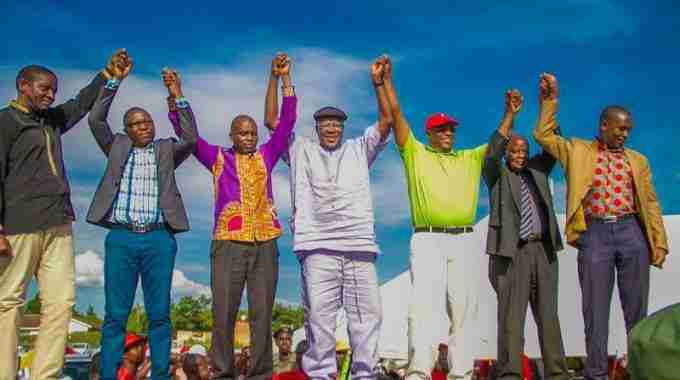 Has the MDC Alliance accepted the outcome of the Constitutional Court ruling or not?

There is confusion over the party’s reaction to the Court ruling after it released two sharply contradictory statements within hours of each other, suggesting possible discord within the leadership.

A statement released after the ruling said the party would abide by the judgment, but a second one has been sent out declaring that party leader Nelson Chamisa rejects the judgment of a “captured” Judiciary.

The release of different statements could be pointing to differences within the MDC Alliance and its partners over whether to accept the ruling or fight it. The press statement puzzle only adds to speculation claiming the existence of two feuding factions in the MDC Alliance leadership.

The Alliance pulled together the MDC led by Nelson Chamisa and several smaller parties, among them a faction of the pro-Robert Mugabe National Patriotic Front. Ahead of elections, there had been talk of major internal fights over control of the MDC Alliance campaign, denied strongly by the opposition. It was widely reported that there were bitter differences over an alliance with the NPF and over broader campaign strategy.

There has been no word from the MDC Alliance as to how the party came to release two statements, indicating two very different positions on the ruling.

The first statement was a conciliatory statement titled “MDC on court verdict: It is the people who are sovereign”, in which the party says it would reluctantly accept the court ruling. The second, released just hours later, is headlined “MDC-Alliance Rejects Captured Constitutional Court Ruling” and declares that Nelson Chamisa will reject the judgment.

The first statement is signed by Luke Tamborinyoka, director of communications for MDC Alliance. While he resigned as Presidential spokesman to run for office, it is said he retained his position in the party.

The second statement is unsigned, and only attributed to “MDC Information Department”. While the two statements do share some paragraphs, the second statement, over 800 words long, is extensively edited and adds vast sections not written in the usual style of MDC press releases.

The second statement carries a far more aggressive tone and bitterly attacks the Judiciary for the ruling.

The first statement was released via the MDC information department via email at 16:43pm. The second was emailed, from the same address, at 8.25M.

On Twitter, the official @mdczimbabwe account first tweeted the conciliatory statement, before following up five hours later with tweets from the hard line statement.

The first statement reads, partly: “For the record, President Nelson Chamisa and his legal team mounted a formidable case on behalf of the people of Zimbabwe; a case of chicanery and electoral pilferage that was vindicated by the Zimbabwe Electoral Commission’s embarrassing revision of its own declared results for a record three times. As a party and as an Alliance, we believe in the rule of law and we respect the verdict of the courts; more so the verdict of the people Zimbabwe who overwhelmingly voted for President Nelson Chamisa; for transformation; for opportunities and for prosperity in their beloved country.”

But these sections are ripped out completely in the last statement. They are replaced by remarks that tear into the nine judges that heard the Chamisa petition, calling them “captured” and “not fit for purpose”.

Partly, that later statement declares: “The MDC notes with grave concern and rejects today’s evidently captured decision of the Constitutional Court to endorse a patently sham election and to entrench an illegitimate regime that used brazen subterfuge and brutal violence to steal the people’s vote. While we respect the Court, we don’t accept its manifestly unjust decision.”

The last statement lashes out strongly at Justice Luke Malaba and his Bench.

“On objective grounds, today’s decision of the Constitutional Court against the 2.6m people who voted for President Nelson Chamisa and in favour of an illegitimate regime, whose leader clearly lost the presidential election, shows beyond reasonable doubt that our judiciary and our chapter 12 institutions are not fit for purpose.”

The judges “are not independent, not impartial and not transparent”, the statement says. It adds: “In this vein, it is impossible for rational people—who are law abiding citizens—in a modern, constitutional democracy such as ours; to accept an irrational and unjust decision by a constitutional body that lacks requisite independence, impartiality and transparency.”

It carries on, railing at those who would be “stockholders” of the country.
The statement also brings up remarks by VP Constantino Chiwenga, prior to the judgment, that Mnangagwa would be President after the ruling.
The statement then announces that the party is plotting some action.

“Over the next few days, we will be announcing a vigorous programme of action in response to this electoral theft of the century. Specifically, we are going to show Mr. Mnangagwa and the world that the peaceful masses have rejected him. They will never accept him. Our constitution is our shield and the rights expressed therein will be utilised to the fullest extent of the law.”

All this fighting talk is missing in Tamborinyoka’s earlier statement.
In that release, the MDC had announced that it had received the ruling “with a heavy heart” but would abide by it.

“Our unstinting belief in the rule of law means we shall not only respect the verdict of the Bench but we shall also doggedly pursue all constitutionally permissible avenues to ensure that the sovereign will of the people is protected and guaranteed.”
This paragraph was also earlier tweeted by the MDC Zimbabwe account.

The statement called for calm. “We call for peace in our land but above all we call for the veneration and protection of the people’s sovereign expression which was unequivocal in the just-ended harmonized election. The sombre mood in the country in the wake of today’s court verdict is in itself a telling statement.”

Earlier, a senior party official had tweeted to accept the ruling.

With a heavy heart we must accept the decision by the Constitutional Court as a law abiding party. We pray for peace and unity in our country. We all have just one country Zimbabwe. The people must have one vision and the people shall govern. Good night Zimbabwe