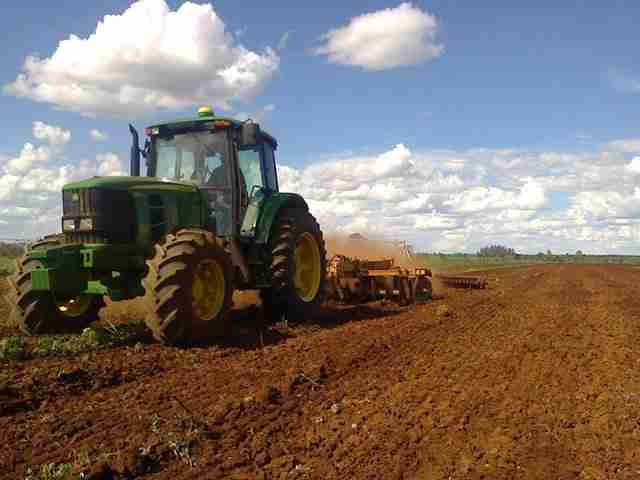 The Zimbabwe government has approved a US$51 million farm equipment deal with John Deere, as it looks to plug an implements shortage that it says has depressed harvests.

The machinery will be supplied via a loan arrangement to be handled by Agribank, the state-owned farm lender.

“Furthermore, training will be given to farmers so as to guarantee sustainability of the programme. The Facility will extend loans of three to 5 years to participating farmers from all the country’s 8 provinces at a 5% interest rate. Under the Facility loans will be extended to participating farmers from all the county’s eight farming provinces,” Cabinet said in a statement on Tuesday.

The John Deere deal had been on the cards for close to a year, but had been delayed over Zimbabwe’s foreign currency shortages, according to officials involved in the arrangement. In August, John Deere managing director for Sub-Saharan Africa, Antois van der Westhuizen, signed the supply deal with Agriculture Secretary Ringson Chitsiko, and the deal has been awaiting approval.

A separate US$52 million machinery supply deal with Belarus, home to major tractor maker Minsk Tractor Works, has also been delayed over the forex crisis.

In 2018, India’s Mahindra announced plans to set up an assembly plant in Zimbabwe, and delivered an initial batch of tractors for small scale farmers. However, the plan is yet to take off.

According to government, Zimbabwe needs 40 000 tractors, but only 9000 are available to work Zimbabwe’s 4 130 000ha of arable land. Of this land, one million ha is under animal and manual draught power, with just 500 000ha mechanised.

While the country’s solution to plug the tractor gap is to import, Quest Motors has previously said it had capacity to assemble 23 000 tractors annually. However, the company has had to cut jobs as it has not received any business from government.

The drought this year has hit sales at local tractor suppliers. Farmec, which sells Massey Ferguson tractors in Zimbabwe, saw volumes down 43% in the first five months of 2019. In the first four months of 2018, tractor sales were up sharply, rising 76% compared to the previous year, driven by demand from Command Agriculture.