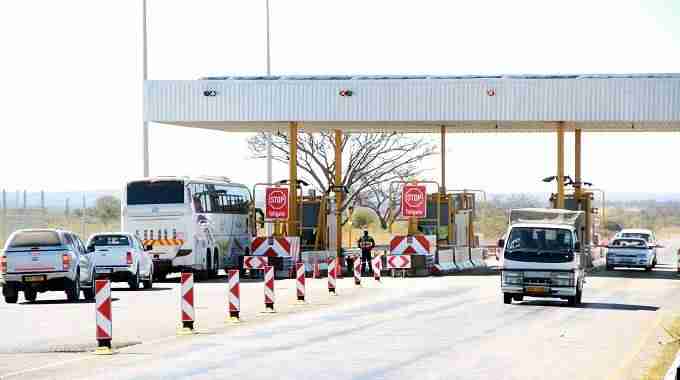 The Zimbabwe National Roads Authority (ZINARA) has negotiated new contracts with Univern Enterprises, officials told a parliamentary committee on Monday, drawing the ire of lawmakers who last year recommended that the agreements be cancelled.

Between 2012 and 2015, Univern made US$70 million from these software contracts as well as the supply of 80 motorised graders, according to a report produced in April 2021 by Parliament’s Public Accounts Committee (PAC).

The PAC said the Univern contracts were “null and void” and should be cancelled due to non-compliance with the country’s procurement laws.

A government-sanctioned forensic report unearthed massive corruption and weak governance at ZINARA, leading to the prosecution of several executives, while many others resigned from their positions.

The new ZINARA board and management, led by George Manyaya, told the PAC it was trying to clean up the mess and had instituted changes, such as ensuring the roads agency no longer entered into infrastructure contracts.

But the contentious Univern contracts could not be cancelled as recommended by the PAC, due to legal, financial and practical considerations, ZINARA chief executive Nkosinathi Ncube told the lawmakers.

This was because terminating the open-ended contracts could be costly, while abruptly shutting down Univern’s technological platforms on which the licencing, tolling and transit fee payment systems sit would be catastrophic, Ncube said.

“We must water the thorns for the sake of the rose,” Ncube, a former telecoms and financial intelligence executive, said. He added that ZINARA was building up its own IT capacity to take over the system when the re-negotiated contracts with Univern lapse in 2025.

“The Univern contract was reviewed and updated between 2021 and 2022. It had no end date, it was actually not good for the business that there was no end date. We met with them and they complied. On 12 June, we signed a new contract,” Manyaya told the parliamentary committee.

Manyaya did not give details of the new terms for the motor vehicle licencing system contract, under which Univern previously received 18.5% of gross revenue. Univern also pocketed 16% of the gross revenue from transit fees and fuel levies, previously.

Willias Madzimure challenged the characterisation of ZINARA’S relationship with Univern as a Public-Private Partnership and wanted to know what assets the roads agency would remain with at the end of the contract.

Ncube said Univern had built toll gates on Zimbabwe’s major roads, with the exception of the noticeably superior nine toll plazas constructed along the Plumtree to Mutare highway, which were part of the US$206 million road rehabilitation funded by the Development Bank of Southern Africa (DBSA) in 2012.

The ZINARA officials also told lawmakers that the DBSA debt, which was initially supposed to be repaid by this year, had been restructured at a lower interest rate of 5% from the previous 6.18%. About US$165 million was reported to be outstanding from the loan after ZINARA stopped making payments citing foreign currency shortages.

The repayment period has now been extended by a further 15 years, ZINARA said.

MPs have queried ZINARA’s 2012 arrangement with Shefer, under which ZINARA agreed to pay Shefer a fee purportedly for facilitating the DBSA loan deal for the Plumtree-Mutare highway. Shefer used four different companies to claim money from ZINARA; Sela, Sentinelle, Santanah and Golden Road. The roadworks were done by Infralink, a special purpose vehicle joining ZINARA and South Africa’s Group Five, which was handpicked for the project then.