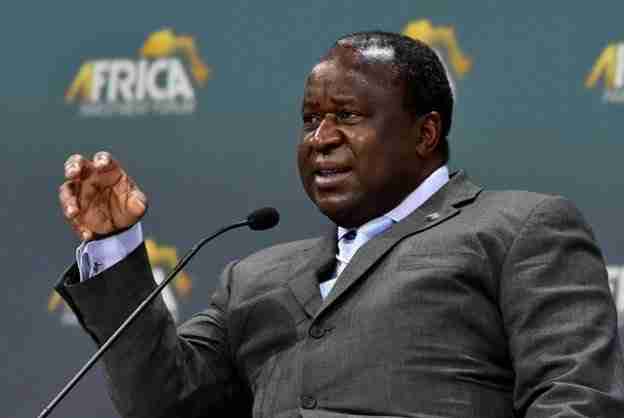 Zimbabwe should look at introducing its own currency to solve the financial crisis, South African Finance minister Tito Mboweni says.

The meeting discussed the state of the economy in Zimbabwe, the finance and banking systems and current economic reforms in the country, Mboweni added.

“I think the idea of using a new currency in Zimbabwe is a good one. I think our colleagues there are on a good wicket when it comes to that space. We are working together very well but at the end of the day it is Zimbabweans who need to fix their country,” said Mboweni.

Mboweni also called for an end to sanctions on Zimbabwe, saying these made it harder to transact in the country.

“But something that is beyond my powers, presidents will have to work together to ensure that whatever remaining sanctions in Zimbabwe are removed. Those sanctions are causing big problems. Because if you want to go and do anything that involves the US dollar and you are under sanctions, political leadership hopefully will really do something to remove the sanctions. It is key and central to the revival of the Zimbabwean economy.”

Zimbabwe faces a deep forex crisis, which  exploded in street protests this week after government more than doubled fuel prices.

Some economists have suggested that Zimbabwe must join the common market area and adopt the rand as its main currency to solve the crisis. Previously, when he was governor of the South African reserve bank, Mboweni said Zimbabwe could not become a member of the common market area because of the “very high degree of macro-economic convergence” needed.

In 2015, President Mnangagwa, then the VP, said Zimbabwe had abandoned plans to adopt the rand as its main currency after getting “unacceptable demands” from South Africa’s central bank.

TSP scorecard | Two years later: Political reforms on paper, but not in deed