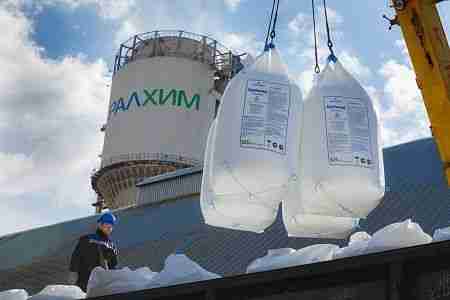 Russian fertiliser giant Uralchem, which has bid to invest in Zimbabwe’s largest fertiliser maker Chemplex, will not agree to any minority stake in the Zimbabwean firm.

Uralchem owner, the billionaire Dmitry Mazepin, said in Moscow on Wednesday that he was in talks to take part in the privatisation of Chemplex, which produces phosphorus fertilisers. He said he would only agree to a deal that gives him at least a 50% stake in Chemplex.

“Well of course I don’t think we’ll agree to less than 50/50…we will not be simple minority shareholders there,” Mazepin said in Moscow, where President Emmerson Mnangagwa met President Vladimir Putin and Russian businesses on Tuesday.

Chemplex, a unit of the Industrial Development Corporation (IDC), is one of several state owned enterprises that the Government has put up for privatisation. IDC has selected Ernst & Young to advise on the sale of its interest in Chemplex.

Mazepin has made two trips to Zimbabwe over the past year to negotiate an investment in Chemplex.

Chemplex owns half of the Zimbabwe Fertiliser Company, 36% of Sable Chemicals and wholly owns ZimPhos, the only producer of phosphatic fertiliser raw materials in the country. ZimPhos in turn owns Dorowa Minerals, the country’s sole phosphate mine, also a major draw for Mazepin.

Chemplex is failing to supply the market due to lack of capital and aged plants.

Mazepin is one of Russia’s richest businessmen. According to Forbes, his net worth is $3.2 billion, although various Russian media value him at up to $7.7 billion. Forbes places him in the Top 100 of richest Russians.

Through his company Uralchem, the world’s second-largest manufacturer of ammonium nitrate, Mazepin controls a lucrative share of the global fertiliser market. In 2013, Mazepin bought an interest in Uralkali, the world’s biggest miner of potash, which is used in the manufacture of fertiliser. Uralkali is worth $15 billion.

Through Uralchem and Uralkali, Mazepin plans to create a hub in Zimbabwe and Zambia that will supply fertiliser into the region. According to Mazepin last year, Zimbabwean and Zambian farmers pay around US$500 per tonne for fertiliser, but he believes Uralchem can supply product direct to farmers at a price closer to the shipping cost of $300 per tonne.

OPINION | Imara: Inflation is on the march again, and, like before, it’s about...