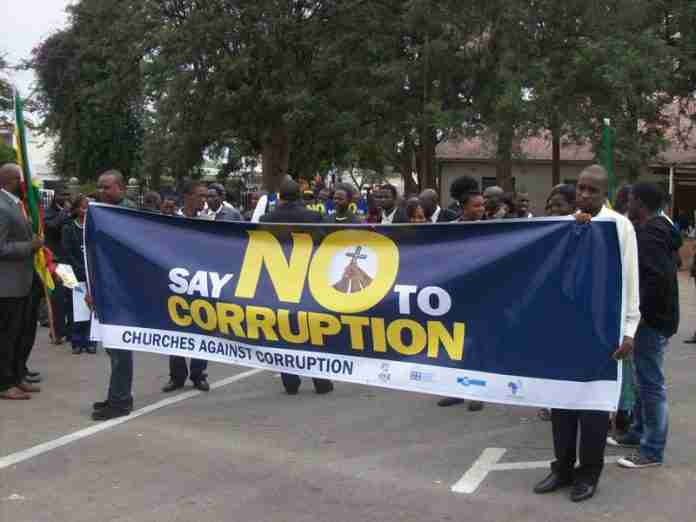 Zimbabwe is viewed as one of the world’s 20 most corrupt countries, according to a new report by graft watchdog Transparency International.

The 2018 Corruption Perceptions Index (CPI), which ranks 180 countries by their perceived levels of public sector corruption, ranks Zimbabwe at 160 on the index. The index uses a scale of 0 to 100, where 0 is highly corrupt and 100 is very clean. Zimbabwe scores just 22, which is below the Sub-Saharan Africa average of 32.

Zimbabwe’s worst positioning on the index was in 2008, the height of an economic crisis, when it came in at 166.

The corruption index is one of the measures used by some investors to gauge a market.

President Emmerson Mnangagwa rose to power in 2017 promising a tougher stance on corruption. He appointed a special unit in his office that he said would lead the prosecution of corrupt top level officials, while special courts were set up in 2018 to try graft cases.

However, public confidence in Mnangagwa’s will to fight corruption quickly fell with the presence of officials seen as corrupt in his first Cabinet. The failure by the courts to win convictions in high profile corruption cases has also further increased perceptions that government is soft on corruption.

A Transparency International report in 2016 said the police force was viewed as the most corrupt institution in Zimbabwe, followed by local government.

In Africa, the country seen as the least corrupt is Seychelles, scoring 66 out of 100. Seychelles is followed by Botswana and Cape Verde, with scores of 61 and 57 respectively. Somalia and South Sudan are perceived as the most corrupt in Africa.

This year’s index presents a largely gloomy picture for Africa – only eight of 49 countries score more than 43 out of 100 on the index.

According to Transparency International: “Many low performing countries have several commonalties, including few political rights, limited press freedoms and a weak rule of law. In these countries, laws often go unenforced and institutions are poorly resourced with little ability to handle corruption complaints.”

Denmark and New Zealand are perceived as the world’s cleanest countries with scores of 88 and 87 points, respectively. Somalia, South Sudan, and Syria are the dirtiest, with 10, 13 and 13 points, respectively. The highest scoring region is Western Europe and the European Union, with an average score of 66, while the lowest scoring regions are Sub-Saharan Africa and Eastern Europe and Central Asia.

Forex auctions: Defensive Mangudya has learnt nothing from recent history