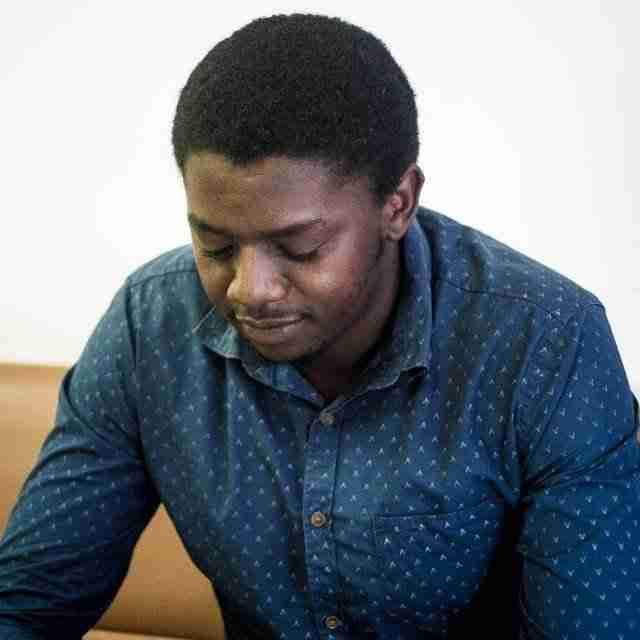 TWENTY-ONE years ago, I started Grade One at a rural school in Masvingo.
There were just a few benches in that class and, close to every day, we wrote a test to determine who got to sit on those benches. This meant that the less academically gifted had to sit on the floor.

Even then, the indignity of it stung.

That was in 1997, and there was virtually no real political opposition. There were no sanctions either. ZANU-PF was in absolute power and only limited by its corruption, incompetence, and propensity to loot.

Twenty years later, not much has changed.

In the early years of the new millennium, Zimbabwe descended into economic and social chaos. Family members left for Britain, the United States, Australia, South Africa and other nations to escape economic crisis. Overall, over three million Zimbabweans are said live outside its borders. Like many people, I have close relatives I have not seen in decades. For many, it takes occasions such as funerals to see family.

The government, through central bank governor Gideon Gono, printed worthless money in an effort to cover up for failure, and as a way to loot. By early 2009, we had seen currency notes of $100 trillion and inflation stood at 231 million percent. Entire savings were lost meaning decades of hard work were lost overnight.

In 2008 after the disputed elections in which Morgan Tsvangirai soundly beat Robert Mugabe, I watched, in trepidation, as our teachers were frog marched by “war veterans” into the school Hall for “reorientation” at Gokomere High School.

Back home, in the village, it was worse. Village militias, aided by the security services and with the blessings of ZANU-PF politicians, set up “bases” where unimaginable horrors were perpetrated on perceived opposition supporters. In other places, many people died. The politicians who directed that operation are still in charge, posing as a new dispensation, while the killers themselves walk free.

Since then, despite the respite offered by the Government of National Unity (GNU), the nation has not shown any kind of progress. The economy is bad, growing only 0.6% in 2016 and performing not much better in 2017. The government resumed printing money.

Real money has disappeared from the banks, and prices continue to rise. Even the widely celebrated ouster of Robert Mugabe in a coup, sanitized dubiously by the courts, has not changed the economic situation of most people. The ordinary citizen feels the pinch with every passing day.

The brief vignettes painted above, which are by no means unique, serve to illustrate two points; firstly that the quality of our leadership determines our condition and where we go as a people. The condition of the Zimbabwean citizen over the past three decades has been one of suffering, struggle, fear, split families, financial difficulties. In short, a broken social contract and a collapsed state.

Secondly, that the party in charge, ZANU-PF, in whatever form, be it the “new dispensation” or the old one, is incapable of the transformation we require as a nation. This because of many factors, chief amongst which are institutionalised corruption, military capture, weak institutions, tired ideas and a propensity to loot.

It should be obvious that after the hardships we have faced under the ZANU-PF Government, the party does not deserve anyone’s support. To do so not only defies logic, it is morally repugnant.

With the polls only a few hours away, the natural question then is who to vote for?
I will vote for Nelson Chamisa, and here is why.

Firstly, Chamisa offers us a genuine chance to rid ourselves of what I think are our biggest challenges; patronage and corruption. The nature of corruption is such that the longer you have the same individuals in positions of influence, the more susceptible to corruption they become. ZANU-PF has individuals who have been in their jobs for over three decades. Such individuals not only lack motivation and innovation, they are also compromised. ‘

Further, their departments are full of relatives and lackeys appointed through patronage. The web of corruption in ZANU-PF is vast and the only way to dismantle it is to get rid of the whole system.

An MDC Alliance government will also give us a chance to strengthen our national institutions. Strong institutions are the basis for successful nations, as convincingly argued in Why Nations Fail, the book by Daron Acemoglu and James A. Robinson.

For nations to succeed, their institutions must be strong. They must be trusted by both locals and foreign investors. The trust in our national institutions is low. Very few people trust the police, the National Registry, the tax collector, the courts, the Zimbabwe Electoral Commission and other key institutions.

The justified perception held by many Zimbabweans is that our institutions are corrupt and weak. One only needs to look at the dubious decision to justify the coup given by the courts. The fragility of our national institutions makes investors wary. After all, who would pour in money into a country where the rules can change at the whim of some Government official?

I will also vote for Chamisa because he brings with him new faces, and therefore new ideas. The current crop of ZANU-PF leaders is old and tired. They are steeped in Cold War rhetoric and have, from what I see, very little understanding of how modern countries work.

This fact was driven home as I listened to Chris Mutsvangwa’s contemptuous presentation at an election debate last week.

Surely, even the harshest critics will agree that the team of, say, Tendai Biti, David Coltart, Welshman Ncube and Tapiwa Mashakada, inspires more confidence than that of David Parirenyatwa, Obert Mpofu, Patrick Chinamasa and Josiah Hungwe. The former were effective during the time in the GNU, while the latter have been recycled for decades without any tangible results.

Zimbabweans are a capable people with much potential

I will also vote for Chamisa because it is simply important to change our leaders from time to time. More importantly, should he win, it will make our people believe that their voice matters. The current discourse shows that very few Zimbabweans think their voice or vote matters. This is a dangerous view, as it leads to a gradual erosion and eventual death of our nascent and already weak democracy. The maintenance of the status quo is not only bad for the economy, it also leads to a sure decline into tyranny.

Chamisa will get my vote because he is a visionary. Many have called his campaign statements outlandish, but it is good to dream. Zimbabweans are a capable people with much potential. There are no reasons why they cannot have spaghetti junctions or smart cities.

Lee Kuan Yew took Singapore from a Third World country into a developed economy because he had a vision. The right leadership can vastly transform a country within ten years, as the Chinese reformist Deng Xiaoping did.

The last and perhaps most obvious reason why I will vote for Chamisa is because he is the only candidate who has any real chance of getting rid of ZANU-PF.

ZANU-PF is not only responsible for our problems, but it is also incapable of reforming itself. Of the 22 other candidates, only Nelson Chamisa can mount a credible challenge on ZANU-PF hegemony. On the face of it this is a rather specious reason, but, considered in context, it is a very cogent one.

The ZANU-PF system must be dismantled without fail. Their continued dalliance with the Chinese and Rwandese show a leaning towards strongman politics, where stability and some semblance of economic progress are prized over individual freedoms.

That will put us on a slippery and precipitous path towards a closed society. This must not be allowed.

Nelson Chamisa is not perfect, like all of us, but I firmly believe he is our best foot forward.

So when I vote in a few hours, he gets my vote, and hopefully yours, in the hope that we can finally turn around our country towards a better future. Zimbabwe is a country of great potential, but that potential needs visionary and capable leadership.

Tawanda Moyo is a villager with opinions

FEATURE | Marange diamonds: Wealth for a few, despair for many