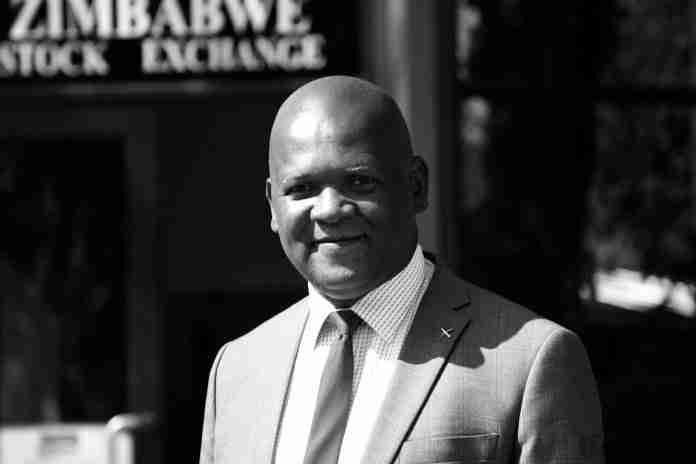 Officially launched in December 2021, the Victoria Falls Stock Exchange (VFEX) is the first bourse on the sub-continent trading exclusively in US dollars.

So far it has just four listings – three miners and one agricultural processing firm – but the pipeline of upcoming listings is growing by the week, says Zimbabwe Stock Exchange CEO Justin Bgoni.

“Our target is to have 10 listings by the end of this year, and we think South African companies would find benefit in listing on the VFEX, not least because we trade exclusively in US dollars.

“It’s an undeniable fact that African countries are handicapped by weak national currencies, and this is something we set out to solve.”

The VFEX currently falls under the ZSE, which trades only in the rapidly depreciating Zimbabwe dollar. This makes it unattractive for ZSE-listed companies to raise capital, which is one of the primary purposes of the exchange, says Bgoni.

After adopting hard currencies like the US dollar and rand for several years, the Zimbabwe dollar was reintroduced by the government in 2019 at parity with the US dollar, but now trades at Z$118 to the greenback.

Moreover, several ZSE-listed companies like Old Mutual, PPC and Seedco International, have been suspended over claims they are being used as a means of funneling funds out of the country.

Though the government says there is no evidence the companies themselves are involved in this practice, investors were reportedly able to purchase these fully fungible shares on the ZSE and cash them in on other exchanges on which they are listed.

Old Mutual, which until a few years ago had a London listing, is currently listed on the Johannesburg Stock Exchange (JSE) as well as in Botswana and Namibia. PPC is quoted on the Botswana Stock Exchange and the JSE. These companies have issued statements saying they are working with authorities to resolve the situation that gave rise to the suspensions.

“The problem that we had on the ZSE is that companies are not raising money through new stock issues because of the currency issue. If you float new shares, you can only do this in Zimbabwe dollars, and when as a foreign investor you sell those shares, you have to convert the local currency into US dollars through the central bank auctions,” says Bgoni.

“It’s very bureaucratic and there’s a limit on how much foreign currency is available.”

Capital raised by a company listed on the VFEX may be held in an approved local or offshore account with an internationally recognised banking institution.

The latest listing on the VFEX is Caledonia Mining Corporation, which raised close to US$8 million in December last year exclusively from Zimbabwean investors.

Bgoni is encouraged by the fact that the capital raise was oversubscribed, demonstrating that there is pent-up appetite within Zimbabwe for quality listed investments.

“ETFs and Reits are particularly attractive for Zimbabweans, who find it difficult to invest in offshore assets. We also see huge opportunities for listing mining companies that have operations in Zimbabwe and have trouble gaining full access to the revenues generated from mining,” says Bgoni.

“We have overcome that problem on the VFEX, as miners now have 100% access to hard currency revenues generated from incremental commodity sales.”

Among the companies in discussion with the exchange are several miners looking for dual or secondary listings.

Bgoni sees the newly launched VFEX playing a crucial role in the revitalisation of the battered Zimbabwean economy.

A chartered accountant who spent 10 years in Johannesburg before moving to New Zealand, Bgoni was lured back to the country of his birth by the prospect of kick-starting the new exchange and spearheading an ambitious project to change the country’s economic trajectory.

Roughly one million people visit Victoria Falls each year, though that figure has declined as a result of Covid. The area is largely shielded from the currency problems in other parts of the country due to the volume of US dollars generated through tourism.

Victoria Falls has also been designated a Special Economic Zone (SEZ) and International Financial Centre, with plans to confer city status to the municipality.

It is all part of broader plans to reposition Victoria Falls, not just as a major tourism destination, but as the new financial hub of Zimbabwe, similar to that in Mauritius.

This forms part of the new Batoka City, a key component of the Zimbabwean government’s drive to steer development in Matabeleland North, particularly the Victoria Falls-Hwange-Binga corridor.

Bgoni says there are plenty of good reasons for African companies, including those from SA, to explore a listing on the VFEX.

“It’s one of the most beautiful places in the world for a start. You can raise capital in hard currency, you get tax benefits, and I believe we have solved many of the problems faced by South African companies operating in the region, by making it easy to access the capital they need to operate, and to keep the revenues that they produce without having to go through the central bank auctions.”