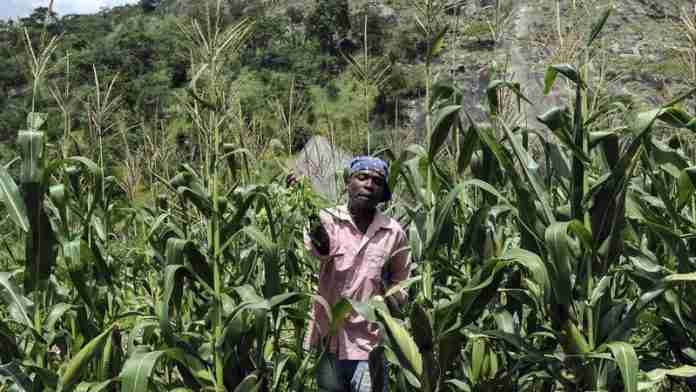 Zimbabwe produced its largest grain harvest in decades last year, but lower sales by the country’s biggest seed company are pointing to lower output in 2022.

Good rains lifted Zimbabwe to an estimated haul of 2.7 million tonnes last year, triple the maize yield in 2020. Some 987 367 tonnes has been delivered to the Grain Marketing Board (GMB) so far. Wheat production rose from 60,000 in 2019 to 208,000 tonnes in January this year, according to GMB data.

But the latest report by Seed Co, which supplies the bulk of seed in Zimbabwe, shows that the grain harvest will come in sharply lower in 2022.

“Coming off last financial year’s good sales season, sales volumes in Zimbabwe declined by 20% for the 9 month’s period and by 40% for the quarter mainly attributable to the late start of the rainfall season,” Seed Co says in its latest trading update.

This contrasts with the growth seen this time last year. In February 2021, Seed Co reported that sales volumes, coming off a low base of the previous season, rose by 59% for maize and 20% for wheat in the nine months to December 2020.

This time, compared to that same reporting period, Seed Co says farmers have bought less seed “due to the slow uptake of seed in the wake of the late onset of rainfall season”.

There was some recovery in January after rains improved, but the full picture is not yet clear, the company says.

“The full establishment of the rainfall season in January 2022 stimulated seed uptake activity in some areas of Zimbabwe as well as in the region whilst in some areas the rains came too heavy to allow for normal planting activities,” Seed Co says. “Volumes have been recovering in the last quarter and the extent of the recovery will become apparent by the end of the financial year.”

It is not only rainfall that has been erratic. Seed Co says government policy in Zimbabwe has been just as unpredictable.

“In addition to delayed rains in Southern Africa and the drought in Kenya as well as global fertilizer shortages, the Zimbabwean business environment remains challenging and unpredictable, characterised with countless policy and regulatory interventions. These challenges, and in particular the local currency pricing quagmire in Zimbabwe, are expected to continue weighing down the company’s performance in real terms.”

However, forecasts by the Food and Agricultural Organisation (FAO) in January said Zimbabwe was likely to see less rainfall in February and March. This is a critical time for maize growers, during which poor rains can cut yields.

Says FAO: “The 2022 maize production is forecast at an above-average level, but substantially below the exceptional output of 2021.”