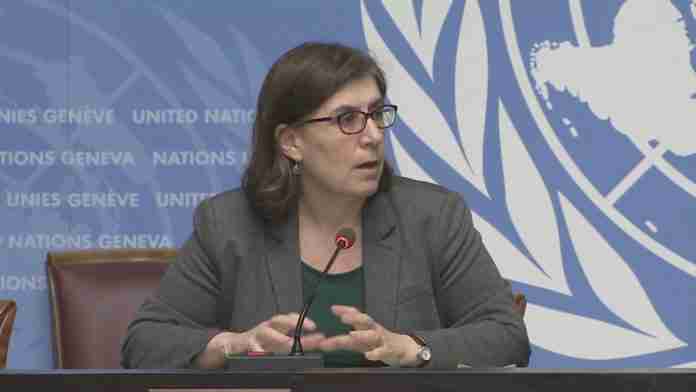 The United Nations has raised concern over increasing reports of voter intimidation and the abuse of female candidates ahead of Zimbabwe election, but says there has been a widening of freedoms during the campaign.

Parties must accept the poll outcome or challenge the results in court, UN human rights spokeswoman Elizabeth Throssell told a news briefing in Geneva on Tuesday.

The UN was “encouraged” to see open political rallies and peaceful demonstrations in Zimbabwe, but was worried by reports of intimidation.

“We remain concerned however at the increasing number of reports, particularly in some rural areas, of voter intimidation, threats of violence, harassment and coercion, including people being forced to attend political rallies,” Throssell said.

“There has also been the worrying use of disparaging language against female political candidates. We call on the authorities – and political parties and their supporters – to ensure that the elections are not marred by such acts so that all Zimbabweans can participate free from fear in a credible election process.”

Zimbabwe holds elections on July 30, the first election since the fall of Robert Mugabe. An opinion poll by researchers Afrobarometer has shown a dead heat between two leading candidates, President Emmerson Mnangagwa and opposition MDC Alliance leader Nelson Chamisa. While the election has been relatively more peaceful than previous polls, the campaign has been bitterly contested with claims of rigging being leveled against the electoral commission. The opposition also says intimidation continues, especially in rural areas.

For the first time in 16 years, Zimbabwe has removed restrictions on international observers, and the UN says this is a welcome change.

Throsell says a Peace Pledge signed in June by political parties commits them to ensuring tolerance and peace.

“We welcome their commitment to promote a climate of peace and tolerance, accept the results of elections, or challenge the results through the due process of law, refrain from inducing fear in citizens, campaign against all forms of violence and intimidation and resolve disputes through dialogue,” she said.