If a football coach were to select a team from the animals of the wild, most would include the hare as part of their line-up, preferably as a No. 9, a false 9, perhaps even a winger.

Not only because of its speed – some species can reach speeds of 64km/h – but also its ability to suddenly change direction while in motion (think of a faster Lionel Messi).

When we add to these traits the hare’s ability to jump, sometimes up to 3m high, and its mythical alertness – hares are supposed to sleep with their eyes open, giving them the appearance of eternal alertness – a coach has a game-winner in their team.

In 1987, legendary Zimbabwean musician, bandleader and bassist Zexie Manatsa put out the six-track album Tsuro Soccer Star (tsuro means hare in Shona), which hinted at some of the hare’s tactical attributes speculated about above.

On the title track, Manatsa sang in Shona, “Dai tsuro ari munhu/ Aitora soccer star pakutamba bhora (If hare was human, he/she would have been given the ‘best footballer of the year’ award).”

If Manatsa didn’t elaborate on the hare’s football tactical savviness, it’s because on that album he was busy with something else. The album had other tracks honouring Zimbabwe’s biggest football clubs – Highlanders, Caps United, Dynamos, Zimbabwe Saints FC – which to this day remain favourites of football fans in Zimbabwe.

The song Dynamos is in praise of perhaps Zimbabwe’s most popular team, the institution founded in 1963 whose spiritual home is the Harare ghetto of Mbare, hence Dynamos’ nickname of DeMbare. The track nods at the players featuring in the team of the mid-1980s, including the football genius Moses Chunga, who initially went for trials with Nottingham Forest, European champions in 1980, before finding a place at Belgian side Eendracht Aalst.

Then there is Caps, a song in tribute to the “Green Machine”, Harare’s second-biggest team and the team I follow in Zimbabwe. In the 1980s, Caps United used to be known as the “Cup Kings” for their habit of sleepwalking through league campaigns but suddenly coming alive when it was time for trophy competitions. 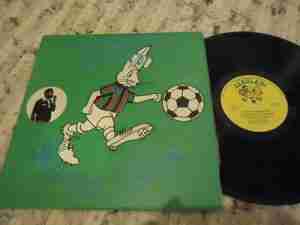 If the album had featured only these two Harare teams, it’s safe to say not many in Bulawayo would have bought it. The album also features an eponymously titled song in praise of Highlanders, on which Manatsa sings in Ndebele. “Ibhola seliphelile, iHighlanders iwinile. Siyababonga abafana, sifisa bayephambili (The match has finished, Highlanders has won. We thank the boys, we wish them more success).”

Highlanders, founded in 1926 by King Lobengula’s grandsons Albert and Rhodes, is Zimbabwe’s oldest club side and the most followed team in Bulawayo. It was at Highlanders that former Mamelodi Sundowns star forward Peter Ndlovu first played before he was signed by Coventry in the English Premier League, the first African to play in the revamped league.

There is also a song called Saints in praise of Highlanders’ city rivals, the Zimbabwe Saints. “Vakomana vanotamba bhora sevanotamba tsoro (These boys play football like they play draughts).”

Explaining the reasoning behind his choice of songs, Manatsa told me: “I just thought if I sing one song, they will say I am showing favouritism of one team over the others. If I sang only for Dynamos, Caps United fans wouldn’t come to the shows. Kwese ndiripo. I am everywhere.” As a result of the record’s lack of favouritism, the album was “bought by everyone who supported football”.

Manatsa was born in 1944 in Doma near Sipolilo (now Guruve), where Korekore, a dialect of Shona, is widely spoken. He grew up nearby in Mangula (Mhangura), a copper mining town northwest of the capital.

Even though in the interview he quipped that “the Korekore are very serious musicians” –  referring to chimurenga maestro Thomas Mapfumo, whose father was from Guruve, and the late superstar Oliver Mtukudzi, who spoke and sang in the dialect and celebrated Dande, his origins, on the famous album Tuku Music – Manatsa’s assertion wasn’t an instance of toxic cultural nationalism.

Manatsa’s discography is exemplary of the troubadour sitting at the crossroads, for his influence was as likely to head north or west as he was to go east or south. He might have the singular distinction in Zimbabwe of being the only musician to have sung in three African languages: Shona, Ndebele and Nyanja, a dialect of Chewa, a language whose origins are in Malawi but that is widely spoken in Zambia and Zimbabwe.

He learnt to speak Nyanja from one of his teachers in Mangula, a town that attracted Malawian migrants. They came in their multitudes to work in then Southern Rhodesia’s mines and on its farm, work that the locals didn’t want to do.

The story of how he learnt to speak Ndebele is, in some ways, the story of how he got into the music business. Towards the end of the 1960s, he went to nearby administrative town Sinoia (Chinhoyi) to get an identity document. For that service, he was told, he had to travel to Salisbury (Harare), about 100km away. While in Salisbury, his plans to return home were derailed, so to speak.

“I was passing by the railway station when I saw a Bulawayo-bound train. I recalled that my uncle and a stepbrother were working in Bulawayo. I then enquired about the fare to Bulawayo. When I realised that it was cheaper to go to Bulawayo than returning to Mhangura, I boarded the train,” he told The Herald newspaper in 2004.

Once in Bulawayo and already confident on the bass – “I was one of the best bassists” – and the pennywhistle, Manatsa soon teamed up with a band called Jairos Jiri Sunrise Kwela Band, one of whose members was his brother, Stanley, as well as Fanyana Dube. On leaving the band, he and his brother formed what would become the Green Arrows. 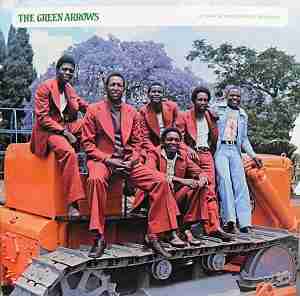 The band became a fixture on the Bulawayo nightclub circuit, where they did covers of the famous bands then, including Mahotella Queens and Izintombi Zesi Manje Manje. Then a vibrant city, Manatsa was in Bulawayo for seven years, during which time he learnt to speak Ndebele. In 1974, on moving to Salisbury, the band put out the single Chipo Chiroorwa, which was so popular that it soon sold 25 000 copies, reaching gold status.

A South African producer, West Nkosi, soon heard of this talented musician and would later become the band’s producer for the label Gallo. Because of Nkosi, their early sound shows the influence of mbaqanga.

In choosing a football stadium as the venue for his wedding, one might say that Manatsa seems to be attracted to the sport and where it’s played, or simply that he is a music man who knows how to capitalise on his popularity. When he married his love, Stella Katehwe, on 25 August 1979, they decided to hold the reception at Rufaro Stadium, an austere and functional structure that is the legendary home of football in Salisbury.

The bands who played on the day included Mapfumo and the Blacks Unlimited, who opened the set,  Mtukudzi and the Black Spirits, Tineyi Chikupo and the Mother Band, and a few others. Manatsa performed, too.

To get into the stadium to witness the ceremony (the actual nuptials had already been conducted at a church in Highfield, another ghetto nearby), the fee for an adult was $1 and 50c for a minor. 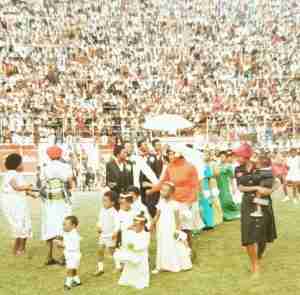 “It was full, as if there was a football match between Highlanders and Dynamos,” he told me, adding that there was a stampede in which two people were injured.

Reports at the time estimated that 9 000 people paid to get in, but the pictures of one stand showed a full house. Over time, some estimates say as many as 30 000 people attended. Manatsa hired bank tellers to handle the fees and the gate takings on the day amounted to a tidy $19 000 (about R25 000 at the time).

Reporting on the ceremony, The Sunday Mail wrote that it was “the biggest, happiest wedding of the year”.

Indeed, the couple are still together and have six sons: Green, Tendai, Freedom, Aaron, Takunda and Shingirai. In 2009, marking the 30th anniversary of their wedding, Manatsa said, “I am one of the few, if not the only musician, who [is] still married to their first love.”

Three of their sons – Tendai, Green and Freedom – are in the music business and Tendai, a bassist like his dad, is married to Selmor Mtukudzi, Oliver’s daughter.

Leaving the stage for the pulpit

After a series of misfortunes, including a 1987 car accident in which he almost died, Manatsa became a Christian and is now a music pastor in Zimbabwe Assemblies of God Africa, a Pentecostal church. “I saw the light last year while in a beerhall in Bulawayo drinking beer,” he told a reporter in 1995.

Conservative Christians have queried his continued involvement in music as the leader of a band called the Gospel Arrows, an activity considered the devil’s pastime.

“A lot of people do not understand me or the ministry I am currently in. The result has been widespread criticism because I have been staging shows in places considered out of line with my calling,” he told one reporter. “I believe I will be carrying out God’s work because wherever I am, I preach the gospel. I am a pastor, so wherever there are people I can preach.”

Football, surely, is in the category of these pure, noble and lovely things and, one hopes, Reverend Manatsa still sings about hare the star footballer, the tactically astute frontman every football coach hopes to have in their team, and also about the teams Caps United, Highlanders, Zimbabwe Saints and Dynamos.

This article was first published by New Frame