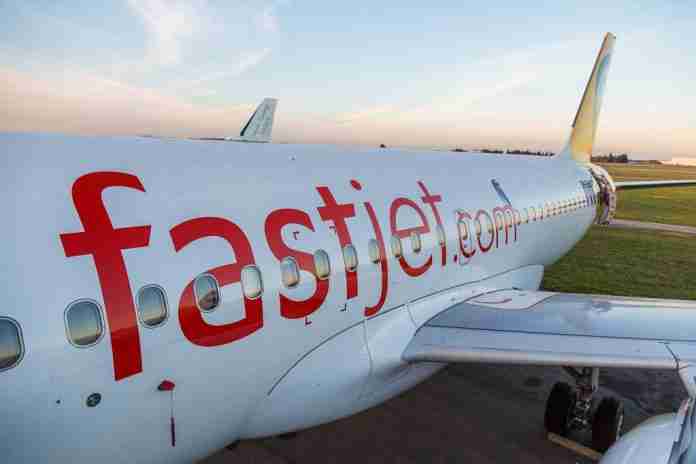 Cash-strapped budget airline FastJet plc says it is in talks to sell its Zimbabwean unit to a consortium led by its major shareholder Solenta Aviation for $8 million, a deal that it says is necessary to keep its planes in the air.

FastJet said if the restructuring plans do not pan out by the end of February, it would not be able to continue trading as a going concern. On October 21, fastjet announced it had closed its Mozambique unit amid “ongoing supply and demand challenges”. The company in November also halted its operations in Tanzania.

fastjet Zimbabwe increased its year-on-year revenue in US dollar terms despite the devaluation of the new currency, which the company says has brought volatility and uncertainty in the Zimbabwean market.

“fastjet Zimbabwe has increased its year on year revenue despite the difficult trading conditions following the introduction of a new currency which effectively devalued the existing currency by up to 15 times its previous value at official rates and has pushed inflation rates to above 200%,” fastjet said in a notice on Wednesday.

To continue to operate in its current form, the airline says it needs new funding by the end of February 2020. It has started talks with 60% shareholder Solenta, based in South Africa, to explore options including raising equity capital and restructuring the company with a disposal of fastjet Zimbabwe.

The disposal would relieve the airline of US$5.4 million in current liabilities and US$3.2 million for future aircraft capital expenditure. The capital received from the disposal would be used to settle remaining debts and be put towards future working capital within the group providing sufficient funding into 2021.

The restructured group would turn into a franchise company whose business would be via holding the brand and providing airline management solutions.

“This revised strategy allows the group the opportunity to create a single fastjet brand throughout key markets in Africa, leverage its key intellectual property of its brand and airline management solutions and invest in viable, already-established airlines where it can,” said Mark Hurst, fastjet CEO.

Under the proposed disposal, fastjet would be granted an option to buy back its shareholding in fastjet Zimbabwe on the same divestment economics to which it would be sold, three to five years after the effective date of the sale.

With its units in Mozambique and Tanzania shut down, fastjet  expects a loss after tax of US$7million to US$8million for the full year 2019. The company made a loss of US$65 million in 2018.

As at June, Zimbabwe owed US$196 million to international airlines in unremitted ticket sales, prompting the International Air Transport Association (IATA) to warm President Emmerson Mnangagwa that the debt could force operators to reduce flights into the country. Zimbabwe has since allowed airlines to ticket in forex to stop the debt from growing and to speed up repayments.

In total, according to IATA, African countries owed US$413 million to airlines. Apart from Zimbabwe, other African countries withholding significant airline funds were Ethiopia, Sudan, Algeria, Angola and Eritrea.