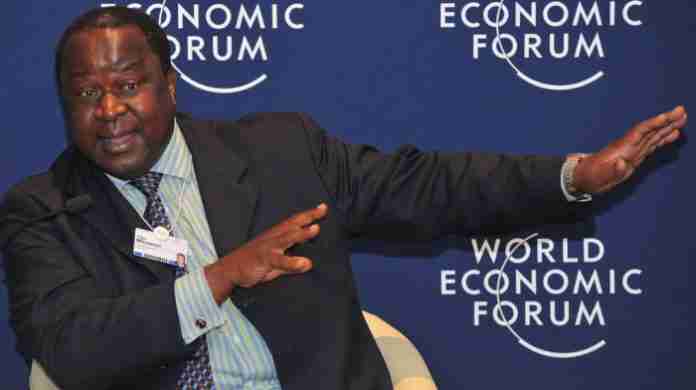 South Africa has turned down a request from Zimbabwe for a $1.2 billion loan, a spokesman for the country’s finance ministry said on Monday.

South Africa’s finance minister Tito Mboweni however says his country is in talks to assist Zimbabwe pay off its debts.

Zimbabwe is desperate to solve a forex crisis that peaked with deadly riots last week, during which rights groups say at least a dozen died in a security clampdown. President Emmerson Mnangagwa said on Sunday that he would return home from a European tour and skip the World Economic Forum in Davos to calm the crisis.

South Africa’s International Relations and Co-operation Minister Lindiwe Sisulu told reporters on Sunday that “the South African government was working with the Zimbabwean government in finding a short- and long-term solution to the economic situation”. She gave no details, but said “if the situation is not attended to, the current economic challenges can derail the political and economic progress the country has made since the election of the new president”.

Separately, in an interview with South Africa’s Daily Maverick published Monday, Mboweni confirmed discussions between the two countries on how to help Zimbabwe pay off its debts. President Cyril Ramaphosa and Mnangagwa are holding frequent phone conversations to find a solution, says Mboweni.

South Africa and Zimbabwe are also discussing the possibility of South Africa extending an existing credit facility of R100-million which Zimbabwe had with the SA Reserve Bank. Mboweni said Zimbabwe had put up collateral for this loan in the form of its holding of SA Land Bank bills. The extension of this facility depended on Zimbabwe being able to provide further collateral.

Zimbabwe plans to re-introduce its own currency, “and that’s very important for reviving the economy”, Mboweni says. With a new currency and paying off its debts, it was possible that “in two or three years the economy would be up and running”, says Mboweni.

Zimbabwe has cleared its arrears with the IMF, but latest Treasury data shows that the country still owes $687 million to the AfDB, $1.4 billion to the World Bank and $322 million to the European Investment Bank.

In total, foreign debt stands at $7.6 billion with $1.3 billion in arrears. To qualify for new credit, Zimbabwe has to clear its arrears first.

This is not the first time that South Africa has rejected a bailout from Zimbabwe. In 2009, following the formation of the unity government, South Africa turned down a request for a $1 billion bailout from its neighbour. In 2013, a plea by then Finance Minister Tendai Biti for budgetary aid was also rejected.

COLUMN | The Elephant in the Room with Milayo Ndou: The power of insinuation