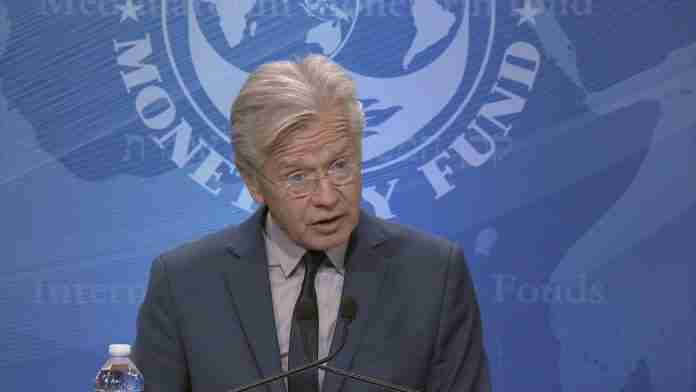 Zimbabweans must “collaborate peacefully” after last week’s unrest in order to stabilise the economy, the International Monetary Fund (IMF) says.

Finance Minister Mthuli Ncube’s reforms “were headed in the right direction” towards mending the fiscal deficit, but the country needed stability for these to work, IMF spokesman Gerry Rice said at a press briefing in Washington on Friday.

“I would say that of course Zimbabwe is facing major challenges and just in terms of the unrest, we encourage all stakeholders to collaborate peacefully in developing and implementing policies that will stabilise the economy and promote sustainable and inclusive growth,” said Rice.

“I said here the last time that the authorities’ economic policies we felt were headed in the right direction broadly in terms of addressing the fiscal deficit and monetary policy and so on.”

Rice again said there was little chance of Zimbabwe getting fresh credit from the IMF until the country pays off arrears to other lenders.

“In terms of the IMF, Zimbabwe has in fact cleared its arrears to us, to the Fund, but our rules preclude lending to a country that is still in or under arrears to other international financial institutions. So until that particular situation is resolved, we would not be moving forward with financial support for Zimbabwe,” Rice said.

He added: “On the overall economic situation, debt and the IMF, there has been no real change in what I have said here recently, which is Zimbabwe continues to be in a difficult situation regarding debt with protracted arrears to official creditors including multilateral creditors such as the World Bank which severely limits Zimbabwe’s access to international financial support.”

Zimbabwe has cleared its arrears with the IMF, but latest Treasury data shows that the country still owes $687 million to the AfDB, $1.4 billion to the World Bank and $322 million to the European Investment Bank.

In total, foreign debt stands at $7.6 billion with nearly $6 billion in arrears. To qualify for new credit, Zimbabwe has to clear its arrears first.

High Court has ruled against the 2% tax, but here’s why it may not...