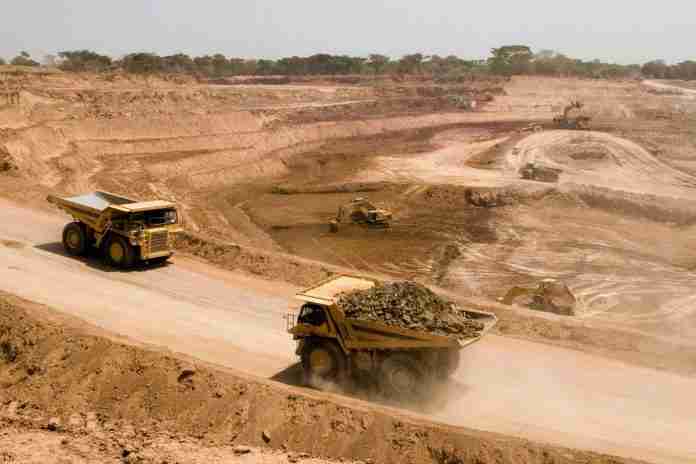 Government is on the overdrive to attract investment to stimulate desperately needed socio-economic development. Since Zimbabwe is endowed with huge mineral wealth, mining is the heart beat of the “Zimbabwe is open for business” mantra.

By nature, mining is a capital-intensive business. Attracting investments, therefore, is critical to turn mineral wealth into modern schools, hospitals, roads and water infrastructure. Care must be taken, however, to choose investors that do not swindle citizens of their right to get a fare share of benefit from mining.

So far, there has been strong public disquiet on mining mega deals that are being sealed by government. Since the contracts are not publicly available, the citizens’ radar cannot detect how the mega deals are primed to dig Zimbabweans out of poverty.

Government’s move to select Anjin Investment (Chinese) and Alrosa (Russian) as the two foreign companies that will explore and mine diamonds escalates cynicism on mining mega deals.

Anjin Investments is not a new investor. Has government “learnt nothing and forgotten nothing” from fresh saga on “missing $15 billion” from Marange.

Anjin Investments was one of the seven companies that was operating in Marange diamond fields prior to the consolidation of the mines in 2016.

The other companies included Mbada Diamonds, Diamond Mining Corporation (DMC), Jinan Investments, Marange Resources, Kusena and Gye Nyame. Government owned a 100% stake in Marange resources and 50% in the other six entities that were mining diamonds in Marange.

In a rare show of convergence of views, government, civil society organisations (CSOs) and communities, expressed huge disappointment with diamond companies that were operating in Marange.

Patrick Chinamasa, the former Finance Minister, gave a damning assessment that “…. there was greater economic impact from diamonds during times of uncontrolled alluvial panning than what is being realised following introduction of formal diamond mining arrangements.”

Along with Parliament, the Office of the Auditor General (OAG) raised several red flags concerning the joint venture companies that were operating in Marange. Chindori Chininga’s 2013 report on diamonds flagged that there was no transparency in the manner in which government’s joint venture (JV) partners were selected.

The report noted that from the due diligence exercise undertaken by Zimbabwe Mining Development (ZMDC), it emerged that the selected joint venture partners “have no diamond mining as part of their vision and growth strategy.” For example, government’s JV partner in Anjin Investments is Anhui Foreign Economic Construction Company Ltd of China (AFECC).

Matt Bronze Investments acquired shares in Anjin Investments via a related company, Glassfinish Investments. Parliament’s report on the “missing $15 billion” recommended that Government arms, such as the security sector, should not be involved in mining ventures and should focus on their core business.

According to Parliament report on missing $15 billion, “the company started operating in 2010 and from its inception to 2015, produced approximately 9 million carats which generated about 332 million dollars in revenue. Out of that figure 62 million dollars went to government as royalties and 86 million dollars was spent under corporate social responsibility.”

Because of Anjin Investments’ failure properly account for its business, OAG could not verify the investment made by government’s JV partner as per JV the agreement. This includes taxes paid to government as well.

ZMDC contributed a diamond concession and the JV partners were supposed inject agreed funds to meet mining development an operational cost.  Although OAG could not verify whether the agreed amount was invested in Anjin Investments, the company admitted before Parliament in 2018 that the full agreed investment was not met.

The agreed capital contribution and amount were not stated though.

Due to its military connections, Anjin Investments constructed a defence college amounting US$98 million. This shows poor public expenditure prioritisation. Modernisation of health and education is a major priority.

Of course, the Chinese are our all-weather friends, but, in Anjin Investment’s case, government should put national interests first.

How can a company mine diamonds from 2010 to 2015 and fail to produce audited financial statements, a basic integrity requirement?

The JV partners failed to inject the agreed funds into the business and yet we expect the company to be born again.

Government should make efforts to recover $40 million from Glassfinish for acquisition of ZMDC’s 40% stake in Anjin Investment.

Parliament should hold accountable, the Minister of Mines, Honourable Winston Chitando, on the selection procedure that resulted in the choice of Anjin Investments and Alrosa. What happened to the agreement involving Vast Resources and Botswana diamonds to explore diamonds in Marange?

National interests should not be used as a ruse to evade accountability. Section 315 (2) (c) of the Constitution requires Parliament to play an oversight role during negotiation of mining contracts, including performance monitoring of mining contracts.

It is disheartening to note that when the President sealed mega deals in Russia, he requested assistance to modernise the military. What Zimbabwe needs now is to modernise its health and education services. Mining agreements should be made public to enable citizens to scrutinise the fairness of the deals. A proactive move to hinge sustainable socio-economic development on mining as envisaged by the Transitional Stabilisation Plan (TSP).

Mukasiri works for the Zimbabwe Environmental Law Association (ZELA) with ZEAL as an economic governance officer. The views expressed here are his own. Read more from him on his blog here: https://mukasirisibanda.wordpress.com