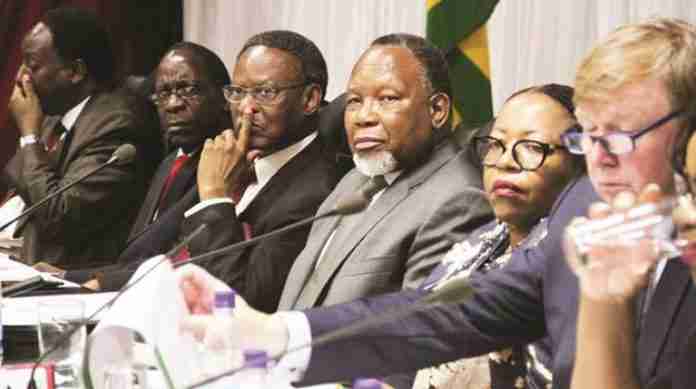 The Motlanthe commission into the August 1 shootings says it is “concerned by the many contradictory and confusing statements” around its work, just hours after Presidential spokesman George Charamba appeared to suggest that President Emmerson Mnangagwa may not release the commission’s findings to the public.

Virginia Mabhiza, who is the commission’s secretary and also Permanent Secretary for Justice Legal and Parliamentary Affairs, said on Monday that the report had not yet been released and only she and the panel’s spokesman can speak on the commission’s behalf.

“I understand there has been a lot of debate around the soon to be released report of the Commission. Let me state briefly that the Commission notes with concern the many contradictory and confusing statements around the report. The Commission fully appreciates the importance of the report to Zimbabwe and its people. We will be cautious in handling issues to do with the report,” Mabhiza said.

Immediately after the events of August 1, when at least six people were shot dead after the army was deployed to help quell post-election protests, Mnangagwa declared that he would appoint an international panel to investigate the deaths. Announcing the commission’s members later in August, Mnangagwa pledged to make the report public, saying “we don’t want to deal with it privately”.

However, in State media on Monday, Charamba was extensively quoted saying there was no law compelling Mnangagwa to release the report to the public, once it is completed.

“It’s important to disabuse the members of the public, including those political groups that have been agitating around the Commission’s actions — that the report is for the President who must receive it, read it and on the basis of his own judgment decides how it will be used,” Charamba was quoted as saying.

The commission has been closely watched by Zimbabweans and also by international observers, with whom Mnangagwa has been carefully reengaging since he came into office in November last year.

The commission is a key test for Mnangagwa, as it has been used to gauge whether he can be more open and transparent than his predecessor.

Speaking on a visit to South Africa in August, British Prime Minister Theresa May said Mnangagwa had “taken a key step by setting up an inquiry into the violence and that is a very important signal from him”.

The August 1 violence was cited by many observer groups as one of the key factors that offset some of the improvements that the country had made in this year’s election.