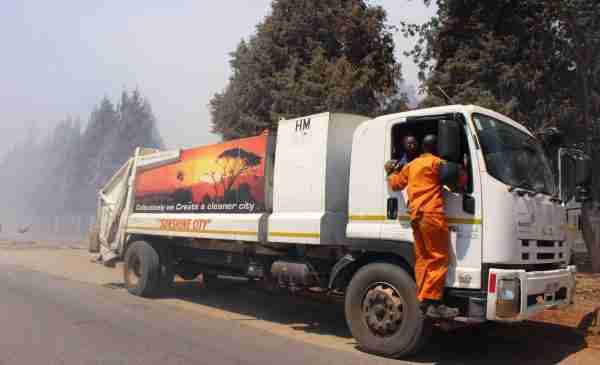 City of Harare continues to spend more on salaries and allowances than on service delivery, the council’s 2019 budget statement shows.

Between January and September 2018, council collected $145 million, against a targeted $202 million. Of the $145 million collected, $83 million was used for salaries and allowances for councillors and council staff, while $62 million was spent on service delivery.

Presenting the budget on Monday, Luckson Mukunguma, chair of council’s finance committee, said the spending on salaries and allowances was within budget.

“Your Worship, salaries and allowances are within projections. However general expenses which posted a huge positive variance of US$60 million from the budgeted US$99 million are a cause of concern as this impacts negatively on service delivery. Constrained revenue inflows are a major impediment,” he said.

Staff costs have always been a sore point at Town House, and successive attempts to lay off workers have failed due to political pressure. In 2015, then Local Government Minister Saviour Kasukuwere reversed council’s bid to retrench 3000 workers. The MDC’s Harare province also resisted the plan, and some officials recommended that then mayor Bernard Manyenyeni be suspended from the party for five years for backing the layoffs.

City council is still facing the effects of a decision by the Government in 2013, which cancelled all debts ahead of elections that year. The move crippled local authorities, but also led to another problem; residents stopped paying rates ahead of elections this year, expecting the same debt relief.

“Your Worship the performance of the 2018 budget was weighed down by the national electoral process that created speculation of the possibility of debt write-off by authorities. Ratepayers stopped paying bills resulting in low revenue inflows,” Mukunguma said.

However, post-elections, council offered residents a 50% discount on their rates to encourage them to pay up, and this helped increase payments.

Council reported that the rehabilitation of Morton Jaffray Water Treatment Works is “substantially complete”, with electrical and mechanical works at 90% completion.