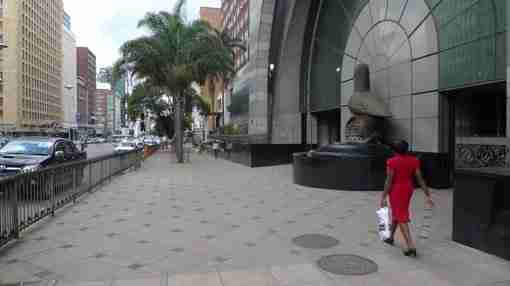 Mangudya says the new currency auction system introduced in June is working to tame inflation. He has, however, put a cap on the amount of money mobile money users can transact in a day, while there are new measures meant to push more forex towards the auction system.

More limits on your mobile money

After its fights with mobile money operators, including a court battle with EcoCash, central bank is limiting how much you can transact on your phone.

You will also now be limited to one mobile phone wallet.

The Bank says operators have “allowed illegal foreign currency dealers to use multiple individual wallets as a means to bypass the transaction limits and continue with their illicit transactions. Mobile money operators shall, with immediate effect, close all multiple wallets, and allow just one wallet per individual”.

Retailers and other service providers can keep operating merchant wallets to allow the public to pay for goods and services. However, mobile agents have now been banned for good.

Remittances up, but there’s a catch

Remittances are falling globally due to the COVID-19 crisis. Zimbabwe, which has a large diaspora, also expected a drop in remittances, one of the country’s largest sources of foreign currency.

However, by the RBZ’s data, the opposite has happened.

Of the total amount of remittances, diaspora remittances stood at US$374 million, up 25% from US$298 million that Zimbabweans abroad sent home over the same time last year. 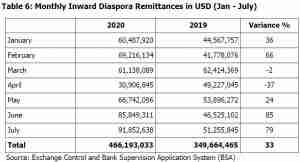 Why has this been the case? There is one plausible explanation. While a lot of Zimbabweans abroad send money home via formal channels, many more send it via informal channels. The lockdown and border restrictions in South Africa, home to the largest Zimbabwean Diaspora, has cut off the usual informal cross-border courier channels, like bus drivers and “malaichas”.

RBZ has introduced new measures on how foreign currency is channelled into the formal system. Central bank says foreign exchange balances in the domestic foreign currency accounts have grown from US$352.4 million in January 2020 to US$404.8 million as at end of July 2020. 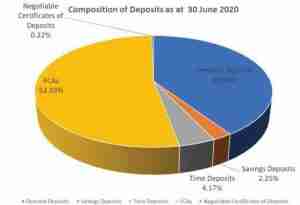 However, RBZ wants this money to keep the auction system running. So, from now on, 20% of foreign currency receipts of providers of goods and services will be liquidated at the auction rate each time a deposit is made into local FCA. This means, for every deposit of US$100 by a shop, US$20 is now sold at the auction rate.

This does not apply to individuals who receive money privately into their FCAs. It will also not apply to embassies, NGOs, tobacco and cotton producers, or domestic FCAs for fuel companies.

This ‘retention’ measure aims to boost forex flows to the auction system, but it may discourage the same USD bank deposits that RBZ has been cheering. The market needs incentives to deposit money, and not what looks like penalties.

Export retension thresholds – the amount of forex that exporters are allowed to keep – is now a standard 70%. Previously, if an exporter did not use their export earnings in 30 days, they were forced to sell it at the auction rate. Now, that period has been extended to 60 days.

Does that meet the demands of exporters? Not quite. Recently, mines wrote to RBZ saying 30 days was too short for their production cycle, which goes up to 90 days. Secondly, they wanted to be allowed to keep 80% of their export earnings, more than RBZ’s 70%.

Is the auction working? RBZ thinks so. CZI not yet sure

In June, RBZ introduced the currency auction system. This replaced the fixed rate of 1:25 that had been in place since March, and the managed float introduced earlier.

Is this new system working? The Zimdollar has fallen from 1:57.35 at the first auction to 1:82.9 at the last one. There are many still looking at the new system with a side-eye. But the central bank has a predictably upbeat assessment of its latest tool to manage the exchange rate.

RBZ says since the auction started, it has allotted US$137.4 million to companies, against bids for US$157.8 million. This means RBZ has met 87.1% of demand on the auction so far. RBZ says the auction rate has “achieved its key objective of price stability”. 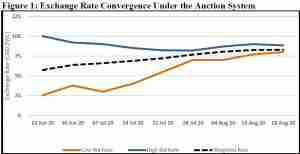 RBZ even gives an optimistic forecast that, partly due to the auction, the blended annual rate of inflation – which takes into account the currency changes – will end the year at 249% from July’s 485.27%.

The auction, says central bank, has helped it mop up extra Zimdollar liquidity on the market, easing pressure on the Zimbabwe dollar and inflation.

“The parallel exchange rate premiums have thus plummeted from about 300% before the introduction of the auction system to the international known levels of between 5 to 15% as of the second week of August 2020,” RBZ says.

However, not everyone is convinced yet.

The Confederation of Zimbabwe Industries, the country’s biggest business grouping, said this week: “The business community is still a little sceptical about the sustainability of the foreign exchange auction market, given the currency ambiguity obtaining in the economy.”

BNC names Tagwirei associates to board after takeover, as HY profit rises

Why Zim is running out of cement

Govt to hand Petrotrade to Kuwait’s IPG, defying previous board opposition to deal