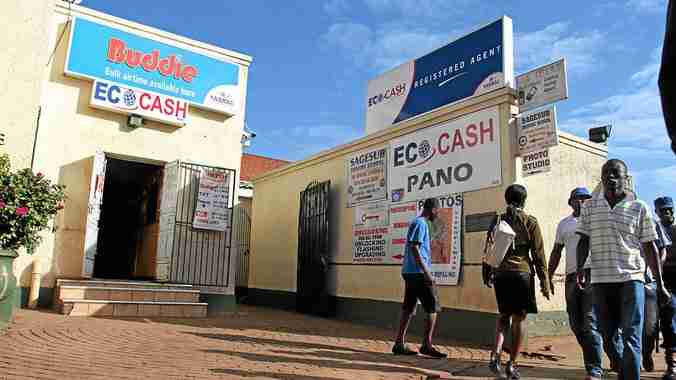 Econet Wireless has filed an urgent chamber application to stop a search warrant issued against the company, saying it is an illegal violation of the privacy of its customers.

The actions against Econet are part of a plan to destroy the company in favour of a rival, the firm says in in affidavit.

A magistrate on July 17 granted the police a warrant that would give them access to all EcoCash transactions and customer data from January 2 to July 30. Authorities accuse EcoCash, the country’s largest mobile money provider, of money laundering on its platform.

In its application, Econet, through lawyer Mkhululi Nyoni of Mawere Sibanda Commercial lawyers, say the warrant is illegal and would breach customer confidentiality.

In its certificate of urgency, Econet says the warrant demands that the company should give the required information within seven days. This, says Econet, “makes it necessary for the court to intervene and arrest the impending violation of the applicant’s right to privacy”.

A founding affidavit deposed by Econet CEO Douglas Mboweni points out that EcoCash is now a subsidiary of Cassava Smartech, and not Econet, as suggested in the warrant.

“There can be no doubt that individuals and society suffer at the hands of criminals. But there can also be no doubt that in the absence of a system of limits which limits state power by protecting substantive rights like the rights to privacy and the rights to dignity, individuals and society will suffer at the hands of the state and its officials,” Mboweni says.

“The issuance of warrants and search and seizure is one of the tools that has been used by the state and its officials to unlawfully interfere with rights to privacy and the rights to dignity.”

The accusations are “ridiculous” and do not justify the issuance of the warrant, Mboweni adds.

Econet does not have any subsidiaries, nor does it have a category of customers known as merchants, billers or agents. All these fall under EcoCash, now a separate company under Cassava, Mboweni says. The warrant against Econet had merely been copied from the press statement issued by the Secretary for Information on June 26.

Besides, Mboweni says, Econet does not have the capacity to credit any money to subscribers.

“Through its network, the applicant can only credit airtime to its subscribers,” he points out. “The foregoing is proof that the second respondent (police) did not apply his mind in coming to the suspicion that applicant is involved in the alleged crime.”

Econet points out that it has been accused, together with Old Mutual, of undermining the Zimbabwe dollar. The company notes how Chris Mutsvangwa had appeared on television accusing the company of actions similar to the 2017 coup.

“The reference to the coup betrays an agenda to destroy Econet and remove it from its market leadership position to the benefit of another operator,” Mboweni says. He points out that Mutsvangwa, back in 1997, was part of a consortium that lost out to Econet in the bid for a mobile licence.

The warrant would give away the personal data of customers, Mboweni.

“The nature of the information that the applicant holds on behalf of its customers is sensitive. In terms of the warrant of search and seizure, the information targeted relates to the full subscriber details of the applicant’s subscribers…this includes people’s names and surnames, ID numbers, addresses and phone numbers,” Econet says.

There is no allegation that the members of the public whose information is sought have committed any crime, Mboweni says. “What the warrant does is to criminalise the whole nation without any valid reason.”

REVIEW | Your top newZWire articles of 2020

COLUMN | There will be blood: The carnage that awaits Zimbabwe’s banks