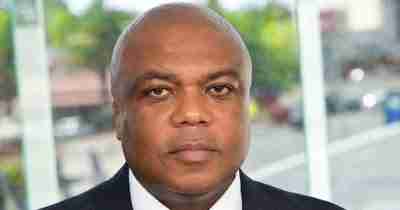 While VBS Mutual Bank was looted, a similar small-scale bank in Namibia was suffering the same fate – allegedly with the help of VBS staff and a business associate of its chief executive, Andile Ramavhunga.

These cases are being heard while a commission of inquiry sits in Sandton, as the ruined bank’s liquidators try to track down as much as R380 million of its money that went missing in South Africa.

Their investigation so far has uncovered a bizarre scheme involving South African, Namibian and Zimbabwean businesspeople; a cash delivery company in Benoni that allegedly handles R500 million a month; a supermarket chain; and an oil company in the Democratic Republic of Congo.

SME Bank’s liquidators allege Kotane played a major role in the matter and is now fighting to avoid testifying.

SME Bank’s investigations in South Africa have led to the freezing of R53 million in two companies’ bank accounts.

Of that, R11.5 million belongs to Kotane, who City Press reported earlier this year provided Ramavhunga with a second income of millions of rands while he ran VBS.

Kamushinda and Kotane are now waging legal campaigns to stop SME Bank’s liquidators from pursuing their investigation with a barrage of litigation in Windhoek and Johannesburg.

In July, SME Bank’s liquidators established a commission of inquiry in Johannesburg after their Namibian investigations indicated most of the missing SME Bank money made its way to South Africa.

Liquidators say that evidence from FNB and Standard Bank showed that R380 million from SME Bank “was transferred to a number of entities in South Africa”.

The liquidators also froze R53 million in the accounts of Kotane and AMFS, a cash delivery company in Benoni that the liquidators now allege helped launder stolen SME Bank money.

The bank’s liquidators fingered Kamushinda, the Zimbabwean representative of two minority shareholders in SME Bank, as the alleged “mastermind” behind the theft.

They also accuse him of abusing the courts to wage a protracted legal campaign to “avoid the grand fraud from being exposed”.
There are now at least seven court cases in Namibia and South Africa, mostly related to Kamushinda raising technical points to stop the liquidators’ investigations.

The liquidators now allege collusion between Kotane and Kamushinda, saying there are identical paragraphs copied and pasted in affidavits filed separately by them.

In court papers, Kamushinda says the allegations against him are “clearly scandalous, vexatious and irrelevant”.

He says evidence linking him to companies that received SME Bank money is irrelevant, adding that this doesn’t prove he did anything wrong.

IN PICTURES | From alpha to omega, images from Robert Mugabe’s long career