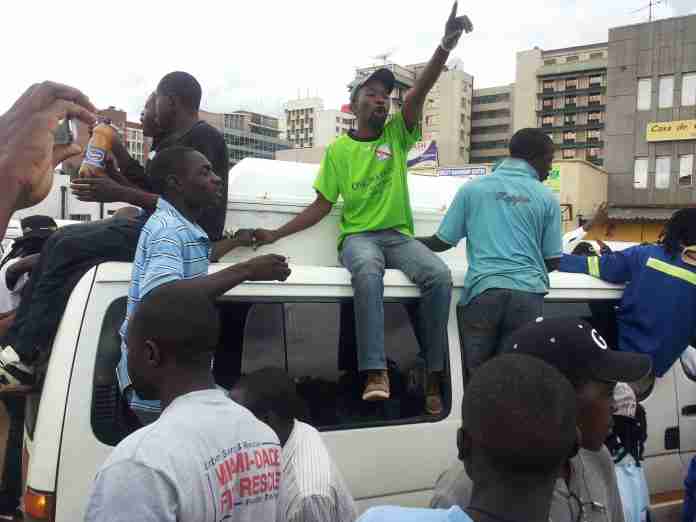 Over the past 25 years, kombis have taken over the urban public transport system and become the go-to method of transportation for millions of Zimbabweans. The collapse of the Zimbabwe United Passenger Company (ZUPCO), led to, first, the rise of the emergency taxi (ET) and then the kombi. I would have used the term “commuter omnibus”, but this actually refers to any form of public transport vehicle that carries more than seven passengers.

Kombis have become a way of life for Zimbabweans and, at the same time, become a law unto themselves on our roads. They have no regard for designated passenger pick-up and drop-off points. As long as there are people at a point in the road wanting to go from point A to point B along the route, a kombi will pick them up and drop them off, often without warning or signal. Often, these same vehicles fall foul of the various regulations on operating on our roads.

Cursory observation notes that there are too many kombis for the available bus terminuses. This influx is a result of the widely held notion that a kombi is a cash machine. Owners and operators often set daily collection targets of approximately $70 per 14-seater vehicle that generally carries upwards of 18 passengers. High on the list of cash generating projects and activities available in the informal sector is public transport and, in our current cash crisis, that makes kombis very lucrative and attractive.

The case of Bulawayo
Bulawayo, our second-largest city, is touted as having the best run urban public transport system of kombis. The operation of kombis is through associations for the specific areas that they service, thus increasing the accountability of the kombi crews. The city does not licence individual operators unless they are members of a recognised association and any violations of the law are reported to the respective association, and subsequently to the vehicle owner.

Dealing with centralised control and reporting units is an efficient way of managing kombis. It allows the association to set specific rules and regulations for the members and mete out penalties for failure to adhere to them.

The Minister of Transport and Infrastructure Development, Joel Biggie Matiza, recently proffered the Bulawayo example as a possible standard for national implementation.

This association, along with others, should lobby government for duty reduction or waiver on the new buses.

The benefits of using conventional buses include; a significant reduction in vehicle numbers on the roads, clear visibility without the need for a tout, and operationalising a timed schedule per route. The environmental benefits also include a reduction in our carbon footprint due to reduced exhaust emissions.

Harare Mayor, Herbert Gomba, recently announced that the city would be commissioning a mass transit public transport system. When that will come to pass is still a mystery, especially considering the myriad of crises affecting the City of Harare and the nation at large.

Other industries can also leverage off these buses as follows: The advertising industry can use them as moving billboards. With improved technology, there is no longer a need to paint adverts onto the vehicle, but rather install interchangeable billboard areas to be stripped and refitted at will.

The ICT industry can research on the bus pass system in other countries, such as in South Africa, and adapt and develop a similar system for local implementation. In so doing, there is a universal payment system that caters for all the buses regardless of route. One would simply need to purchase a pass or top up their existing one with money converted into points and enjoy the transport service with relative ease. It also puts our budding software developers and engineers to work on actual real world projects with a monetary gain.

Upgrading bus terminuses
Our main Harare bus terminuses, Fourth Street, Market Square, Copacabana (Speke Avenue), and Rezende Street have long since been run down and are in urgent need of refurbishment and upgrade. With a reduced vehicle load, they can be put to efficient use and in some cases, be turned into multi-storey complexes that offer shopping or vending areas above and transport access below.

Well-planned expansion and modernisation of existing terminuses will help with the street vendor situation through the provision of well-managed designated spaces at the heart of foot traffic. One simply needs to look at the planned upgrade of the Basch Street (eGodini) terminus mall in Bulawayo for inspiration. The US$60 million project is set to revamp eGodnini into a shopping mall and transport hub for the city while simultaneously creating employment for the residents.

Local authorities should consider joint ventures or build, operate, transfer (BOT) arrangements to improve and expand on existing infrastructure. In so doing, they capacitate the local industry with jobs and opportunities with minimal outlay of ratepayer funds.

Route management
Our transport routes need revision based on our updated population patterns. Council and city management need to re-establish bus stops on numerous roads and designate appropriate routes for the transport system. This will ensure that all sectors of society are catered for, while also ensuring that CBD decongestion is factored in. I firmly believe that given the option of a functional and reliable transport system, many drivers would opt for its use rather than driving.

The Harare Drive ring road can be used extensively for the Eastern, Northern, and Western suburbs with key interchange points to branch off into areas off the main road.

I believe the key to an efficient system lies in complementary operations between the local authority, central government and the private sector.

The author is an opinionated road user