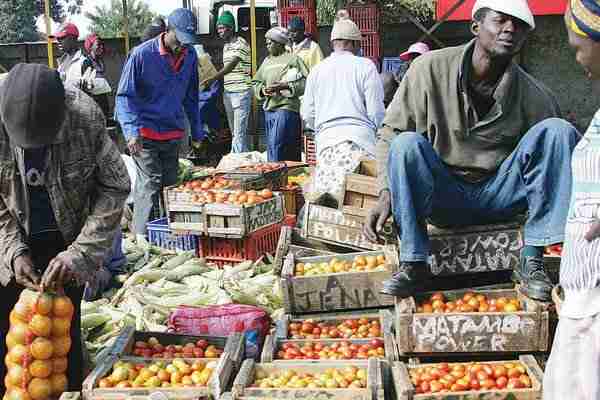 Following the confirmation of COVID-19 cases in Zimbabwe, there has been panic buying of food by consumers, not only in formal shops like supermarkets but also in informal markets like Mbare.

While this has increased prices for consumers, it has become an opportunity for farmers to earn more for their sweat. However, in the absence of a clear position on how government intends to prevent the virus from spreading into informal markets such as Mbare, rumour and gossip has been spreading to farming communities and traders to the effect that Harare City Council is likely to close Mbare market in the next few days. (Council has warned of possible markets closure on Saturday)

To the extent that government and local authorities are yet to base their decisions on solid evidence and research, there have not been clear efforts to determine the likely impact of closing Mbare and other markets on farmers who depend on it for income and low income consumers who do not buy food from supermarkets but heavily depend on informal markets.

Zimbabwean agriculture is driven by the mass market, and closure has immediate impacts on mature crops being harvested and ready for the market. Farmers are going to incur losses, negating their ability to plant the next crop.

Mbare is a distribution hub and feeder market to smaller town markets and growth points. If Mbare is closed, severe food shortages will be experienced nationwide, especially in drought-prone areas in the south of the country.

Given that supermarkets get fresh produce daily from Mbare, closing Mbare will also affect them negatively, together with consumers.

Reports of Mbare’s imminent closure are already triggering price increases. For instance, a small cabbage head has shot from ZW$7 to ZW$25 since rumors of closure started circulating. A 20kg bag of sugar beans has increased from ZW$600 to ZW$800 while the main staple maize price has risen from ZW$150 to ZW$200 per bucket.

Evidence by eMkambo – a platform that tracks trades at vegetable markets – shows that more than 80% of surplus agricultural commodities produced by all classes of farmers in Zimbabwe do not go to formal markets, such as processing companies, supermarkets or wholesalers. Their major destinations are informal mass markets like Mbare in Harare, Shasha in Bulawayo, Kudzanayi in Gweru, Sakubva in Mutare and Garikai in Masvingo, among many other informal markets in Zimbabwe.

Production figures generated through national crop assessments are just half the story if they do not look at volumes of commodities flowing to diverse agricultural markets across the country.

Unfortunately, more attention continues to go to the production side, at the expense of the market side, which is where farming becomes a business. In addition to revamping informal agriculture markets, there is need for government and development agencies to collect and use data from informal mass markets.

Below are Harare potato supply figures to different markets:

The tables below show the volume of other vegetables sold in Harare alone:

Disruption in supplies through closure of informal markets like Mbare will affect farmers in several supply corridors. Below are examples: