Zimbabwe has budgeted to spend the equivalent of US$8 million per month to sustain its new plan to halve fuel duties and bus fares, according to Finance Permanent Secretary George Guvamatanga.

Fuel prices started rising on Tuesday, a day after Reserve Bank of Zimbabwe ended the allocation of foreign currency to fuel companies at the 1:1 US dollar rate, saying they would now have to source funding from the formal interbank market.

Government is trying to soften the blow by cutting the duties it levies on fuel by half, and subsidising bus fares. The new policy will cost US$8 million a month, according to Guvamatanga, who says this is within budget.

“A subsidy is good as long as it is quantified, budgeted and targeted, and in this particular instance we are targeting the most vulnerable members of the public and we know exactly how much it going to cost and we have budgeted for it. It is very much sustainable,” Guvamatanga says.

A portion of the fuel duty will go towards a subsidy for ZUPCO buses. Kombi fare hikes after the January fuel price increase helped stoke riots.

A panel of UN experts in April criticised Ncube’s “austerity measures” for lacking safety nets that cushion the poor.

Central bank announced at the weekend that it is to inject US$500 million into the interbank market to improve liquidity. Critics have said the market, widely welcomed at its introduction in February, has failed to sate demand for forex as RBZ has broken its promise not to interfere.

Guvamatanga said there are new measures to make the interbank market more transparent. There is US$800 million in exporters’ nostro accounts while an additional US$800 million is expected in 60 days, he added.

The new round of fuel price hikes will feed inflation, already at ten-year highs at 76%, casting further doubt on Finance Minister Mthuli Ncube’s upbeat projections of slowing down inflation by year end.

Excise duty, to which fuel contributes more than 80%, was by far the single biggest contributor to revenue collection in the first quarter of 2019, exceeding value added tax on local sales.

Excise duty was $565 million in the first three months, as total tax revenue reached $2.1 billion, exceeding the target by 42%. Duty on fuel alone accounted for about a quarter of government revenues in the first quarter.

In his statement on Monday, RBZ governor also ordered banks to stop “twinning arrangements”, where they would secure buyers and sellers of foreign currency outside the market and charging a commission. This is an attempt by central bank to completely liberate the market.

“Similarly, banks should discontinue twinning arrangements for their customers as this undermines the efficient operation of the interbank foreign exchange market,” said Mangudya.

The USD dollar rate on the official market is ZWL$3.48, but it touched almost double that rate on the black market before easing this week as dealers digested news of the US$500 million injection. 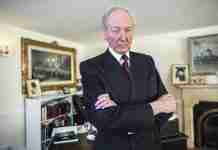 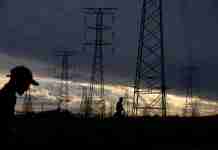