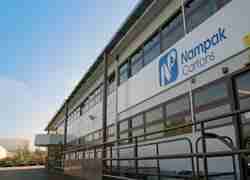 Nampak, Africa’s largest packaging manufacturer, says it has managed to repatriate just 3% of its cash holdings in Zimbabwe over the past year and taken a hit on its Rand equivalent balances, a sign of the impact of the weakening of the local currency on the accounts of foreign investors.

In a trading update for the 11 months to August, released on Wednesday, Nampak said it expects further devaluation of the currency and sees inflation trending higher, which will impact on its reporting.

“The availability of foreign currency in Zimbabwe remains challenging and only R40 million or 3% of the opening cash position of R1.2 billion was transferred for the period. Rand equivalent cash balances have devalued to R147 million due to the weakening of the RTGS dollar against the US dollar with R1.1 billion of cash being accounted for through other comprehensive income on consolidation for the period,” Nampak said.

It was not all bad news for the company, however.

Demand for beverage cartons at Hunyani remained strong, supported by growth in exports to Malawi. Zimbabwe had a very good tobacco harvest in 2019 and strong demand remained for tobacco cases in both the local market and for export markets. Sustained operational efficiencies also contributed to improved profitability for Hunyani, said the company, but results will be impacted by hyperinflation accounting.

“The Zimbabwean operations CMB and Megapak improved profitability despite lower volumes in the second half. Limited demand for certain products in a challenging economy and the unavailability of foreign exchange currency for raw material purchases will, however, limit the annual results,” said the update.

In 2018, Nampak stopped supplying forex to its Zimbabwe operation. Raw material inputs into Zimbabwe are now being funded by US dollars from sales and exports.

“No funding has been provided to our Zimbabwean operations from the Nampak Group since April 2018; with these operations securing adequate hard currency to support importation of the required materials to meet market demand.”

Since the establishment of an inter-bank foreign exchange market in February 2019, the unit has been devalued from the opening exchange rate over 2.5 on the US dollar to close to 15:1 this week. Further expected devaluations coupled with rising inflation, “will impact the translation of results for all operations in that country,” Nampak added.

It is not only in Zimbabwe where Nampak is seeing currency woes. While the Nigerian naira remains fairly stable, the Angolan kwanza has devalued by 20% against the US dollar for the period, falling from 301 against the dollar to 360 at the end of the period. This is expected to lead to some foreign exchange losses on monetary items for Nampak.

The company’s frustrations with Zimbabwe’s forex regime is shared by many other large operations in the country. The difficulties of repatriating dividends is seen by many as the biggest threat to Zimbabwe’s search for FDI.

In November last year, cement maker PPC said it was looking at ways of repatriating US$60 million from the country, despite strong sales. Beverage maker Delta has reported it owes shareholders and suppliers up to US$41 million due to Zimbabwe’s forex crisis.