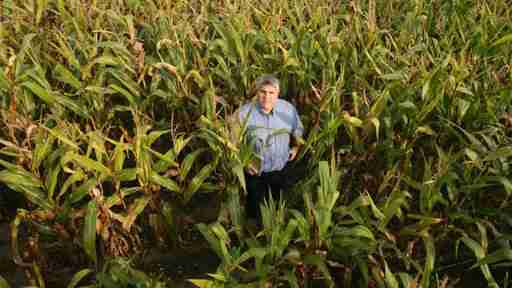 As Zimbabwe continues to struggle to produce sufficient quantities of the staple maize grain, two decades after the government started redistributing commercial farms from whites to black farmers, a frequent claim comes up. The farmers who moved to Zambia are responsible for the boom in maize production in that country and, in an ironic twist, are now feeding Zimbabwe, which evicted them.

But, does this claim hold up to scrutiny?

Zimbabwe has, since 2000, struggled to produce sufficient quantities of its staple maize grain. The 2018/19 maize harvest of 777,000 tonnes is significantly lower than the 1.8 million tonnes the country requires to feed itself.

Maize output has declined considerably since 2000, when the Zimbabwean government began redistributing commercial farmland from whites to blacks. Although bad weather has affected some seasons, the disruption of commercial agriculture and its subsequent effect on the broader economy has had a telling effect on farm output across all major crops.

Although tobacco has recovered in recent years, with record production being attained in 2017/18, maize production remains erratic, even though the 2016/17 season saw output going above 2 million tonnes for the first time since 2000.

Zimbabwe’s need to import to make up for the 2018/19 maize deficit revives the debate about why the country is now being outperformed in grain production by its regional peers such as Zambia and Malawi, often relying on them for food imports.

Zambia, in particular, is cited as an example.

While Zimbabwe’s maize output plummeted along with the rest of the economy since 2000, Zambia’s grain production took off around the same time.

This, coupled with the fact that Zambia took in at least 100 Zimbabwean farmers who had been dispossessed of their farms, gave ammunition to critics of Zimbabwe’s land redistribution programme.

“Right now we are buying maize from Zambia, Zambia took in some white farmers who were here and gave them land. That’s why they have a maize surplus.”

Mugabe was unwittingly endorsing a claim routinely made by white supremacists on websites such as AfricanCrisis.org. Writing on the site, Jan Lamprecht claimed:

“Finally, a success story in Africa – one that boggles the mind, and as usual, for Africa, it comes from whites. This story demonstrates the tremendous knowledge and skills which white commercial farmers have over the black peasant farmers. Take note in this story that 100 white farmers, starting from scratch, in Zambia, produced 70% of Zambia’s maize crop in one year. They outperformed 150,000 black peasants.”

Then, as Zambia’s output improved to an average 1.17 million tonnes per year between 2000 and 2009, Zimbabwe’s average output declined to 934,000 tonnes during the same period.

The gap has grown wider during the current decade, with Zambia averaging 2.8 million tonnes per year, compared to Zimbabwe’s 1.12 million tonnes.

The advent of multi-party democracy in Zambia, in the early 1990s, has coincided with economic stability. Zimbabwe, in stark contrast, suffered hyperinflation between 2007 and 2008 and is, in 2019, on the verge of yet another episode of hyperinflation.

How Zambia did it

On average, smallholder farmers produce 90% of Zambia’s maize, according to a 2019 study funded by the European Commission. In the 2018/19 season, Zambia’s government projected that 94.5% of the country’s maize crop was produced by small and medium scale farmers.

Under the FISP scheme, the government provides subsidised farm inputs to hundreds of thousands of farmers. In the 2018/19 season, FISP targeted a million smallholder farmers, who each paid a 400 kwacha deposit (US$30) towards inputs, with government contributing 1,700 kwacha (US$128), which adds up to just under US$160 per farmer and US$160 million all told.

As a consequence of sustained investment in smallholder farmers, Zambia’s fertilizer consumption and maize yield per hectare significantly exceeds Zimbabwe’s. In the past decade, Zambia’s yield has averaged 1.5 tonnes per hectare, while Zimbabwe’s average is 700 kilogrammes per hectare.

While Zambia’s farm input scheme took root and delivered results, Zimbabwean farmers had to contend with high inflation, which made planning impossible, as well as having to sell to a state grain monopoly that struggled to pay them on time.

There is no evidence to support the assertion that Zimbabwean farmers, who have taken up large-scale commercial farming in Zambia, are responsible for that country’s remarkable improvement in maize production. Smallholder Zambian farmers, supported by their government through an input support scheme introduced in 2002, are responsible for at least 90% of the country’s maize output.