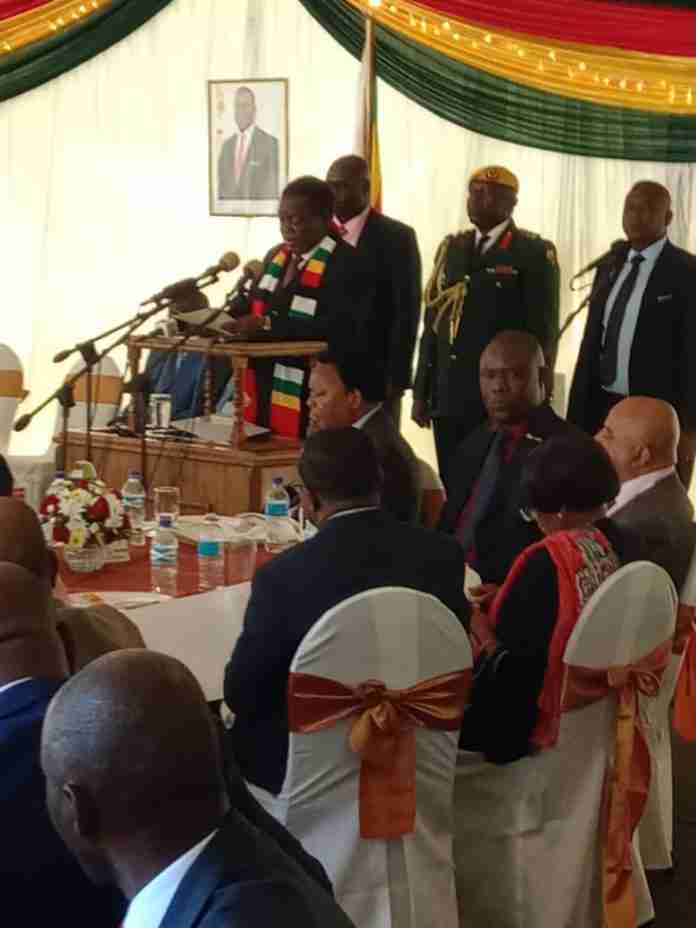 President Emmerson Mnangagwa has told business leaders to expect more pain as his Government plans “structural reforms”, insisting there is no other way to save the economy.

At a meeting with business leaders early Monday, where executives told him that the economy was at a standstill, Mnangagwa said his reforms were the “harsh medicine” that was needed for economic reform.

“We are all agreed that the economy faces significant challenges, including high budget deficits and debt, and these challenges are surmountable. These challenges are significant, but with major structural reform, they are not insurmountable. What is required is urgent and bold action and tough decisions. We cannot run away from a challenge, the longer we wait to address it, the harder it becomes,” Mnangagwa told the meeting. “We have no choice.”

Quoting Margaret Thatcher, he added: “Thatcher said ‘yes the medicine is harsh, but the patient requires it in order to live’. This is what we are going to experience.”

Getting the national budget under control, was the priority he said, and “these measures are like those of a doctor performing a life saving operation; it causes pain, but the pain is the only thing that will lead to recovery.”

Business leaders at the meeting told Mnangagwa that key industries and mines had virtually ground to a halt as foreign currency shortages deepen. They proposed an end to the Reserve Bank of Zimbabwe’s foreign currency allocation system, which has now built up a backlog of close to $1 billion in foreign payments. In response, central bank Governor John Mangudya said any such currency reforms would need to be done slowly.

Government was also criticised for introducing key reforms without consultation, especially on the introduction of the 2% tax on electronic transactions and the “ring fencing” of US dollar accounts from local RTGS balances.

Business leaders proposed that Mnangagwa appoint a business advisory council, made up of senior executives. Mnangagwa accepted this proposal, and asked business groups such as the Confederation of Zimbabwe Industries, Zimbabwe National Chamber of Commerce, Chamber of Mines and others to nominate members of that council.

“The days when Government made decisions without consulting the private sector are now behind us. In the new Zimbabwe, dialogue is a two way street,” said Mnangagwa. “Each of your groups must nominate your best brain to sit on my council.”

Government was also criticised for its high spending. Mnangagwa said there would be spending cuts to cut the deficit. “We shall continue to make big cuts to perks and unnecessary expenditure so that Government lives within its means.”

Sensing the mood of business leaders, many of whom have had to cut trading hours and are facing real threats of company closures, Mnangagwa said: “It is a pity that some of you feel gloomy about the situation. This is the time to be patriotic and stand up for your country.”

Traditionally, Zimbabwean businesses have shied away from any direct criticism of the Government. Under former President Robert Mugabe, meetings were often marked by grovelling by executives.
At one meeting in 2007, business leaders even apologised for the economic crisis: “We apologise for letting you down as there exists a glaring gap between your goals and our performance as an economy.”

However, some leading businesses are beginning to find their voice. Beverage firm Delta, which has rarely spoken out against the Government, recently criticised the introduction of the transaction tax without consultation. Gold miner RioZim has put out a hard-hitting statement, threatening to sue the RBZ for failing to pay the foreign currency due to the company.

Surface Wilmar, the leading producer of cooking oil and other consumer goods, told the Government that command agriculture was unsustainable and that investors were increasingly disillusioned over forex shortages and bureaucracy.