Have you watched “Bohemian Rhapsody”? It is an autobiographical movie about the band, Queen, focused on lead singer Freddie Mercury.

The opening scene glances through Mercury’s passage to the grand stage of the Live Aid concert at Wembley Stadium, 1985. The Live Aid concert was the first of its kind, with concurrent shows in London and Philadelphia simultaneously broadcast. It had a viewership of 1.5 billion people in over 150 countries, encouraged to send in donations at the dial of a given number.

Anybody who was somebody performed. The efficacy of western celebrities as conduits of humanitarian awareness was at a peak back then. Live Aid was about the famine in Africa! Yes, a drought in Ethiopia was easier conveyed to western audiences presented as a continent wide disaster. So the concert was themed “for Africa”, and that’s alright. It is heartwarming to imagine Paul McCartney and Mick Jagger cared, maybe more than Thatcher and Reagan did.

My American college roommate and I used to joke that growing up, we were convinced Bono was the only hope for Africa. Michael wrote the songs, but Bono was there, on the ground, holding hands, feeding babies, with no glove or sanitizer. Mutually, we familiarized Bono with dire locations in Africa more than we did with U2 music videos on MTV, or tabloid shots at glamorous A-list events in Manhattan or Hollywood.

There’s an emphasis to this visualization. It serves to suggest that there was a time when African welfare, at least in the humanitarian context, was heavily leveraged on the consciousness of western celebrities as its conduit. This narrative perhaps endured even until Mandela’s presidency in 1994. I struggle to be vividly precise, but the image of Bono’s sharply contrasted pale skin to his black jacket and shades, at some point, faded in transition for Mandela’s white hair and bright viscose shirts.

Madiba represented a lot of western hope in Africa, as a whole. The passage through Pretoria by western politicians, with deliberate overt humanitarian consciousness, strikes an auspicious parity to Freddie Mercury’s passage to the grand stage at Live Aid. The rest of Bohemian Rhapsody is a pleasant watch!

The interchange between celebrities and politicians showing face to humanitarian welfare is an anecdote that narratives do change. They have been changing. Narratives cannot be stagnant as long as societies evolve. Western societies may no longer feel that Matt Damon and George Clooney’s involvement suffices to solve African humanitarian issues, but at one point some of these issues were left to them. Now that it is obvious that Bono cannot save Africa from climate change, narratives riding on celebrity efficacy have lost potency. The seriousness of African humanitarian welfare is now up for real environmental and industrial policy consideration. Isn’t that where narratives of humanitarian crises in Africa are today?

This is also a result of technology and media. How can African narratives be stagnant when technology and media are not? Technology has given audiences more sources and references to information. It has made audiences more sensitive to narratives too. For any African hoping for a more erudite awareness from western peers, the pervasion of technology is fundamental. How else would they know more about us, unless one hopes for a centralized entity to enforce information on people?

Technology is the ultimate decentralizer. The hope of its continued spread, in the West, is in coherence with the better understanding of Africa. Technology has given the west more than the thin mediums of academia and limited space in monopolized media that existed before.

Visuals and literature have been changed by increased bandwidth of media. With evolving technology, narratives are becoming as diverse as the platforms of preferred media consumption. Various media models employ different tools to solicit scarce consumer attention, demanding more careful construction of narratives. Where a consumer had no choice but to wait for the evening broadcast on CBS by Tom Brokaw, regurgitating findings from a small authoritative sample on a subject matter, today there are many channels of media, sourcing and referencing infinite samples on subject matter.

Can we surely say that we find the same stagnant African narratives today, when CNN, BBC, VICE, Buzzfeed, Huffington, Vox, and many others compete to interpret and publish subject matter so differently from one another? Most have founder stakeholders who are just getting familiar with the African market themselves, and are deliberately hiring African correspondents, not just to conform to established editorial policy, but to bring their own perspective too.

This has become a competitive imperative. Less agile institutions like the New York Times will probably lose out the east African market. Maybe, to assume that Africa lacks diverse western narratives is to lack an appreciation of the effects that technology is having on media, and its sensitivity in constructing narratives.

There is no right narrative!

In recent years, mainly on social media driven platforms, more progressives have voiced their concerns against Western stereotypes. Very recently, BBC Africa editor and producer, Larry Madowo, wrote an article titled “Africa is doing just fine”. It sparked a lot of debate; maybe the wrong debate. He received strong criticism from European writers such as Daniel Knowles, who writes for The Economist on Africa.

Who is right or wrong may not be so important. A progressive media demographic may not be so focused on what narratives are befitting of the continent. I doubt that any writer or producer in Africa was attracted to the profession due to its complicity to rigid narratives, let alone has the aspiration that at the end of their career Africa be seen rigidly in their way.

The attraction to journalism would seem counter-intuitive in that case. Just as writing on Africa is not easy and that it should not be easy, perhaps a similar expectation of difficulty in understanding the continent should be upheld for consumers? Isn’t that what sustains our chosen niches as journalists? Perhaps what the progressive media demographic should share is the satisfaction that the western consumer, for whatever we innately believe as our preferred narrative of Africa, is growing and increasingly reachable!

There are more lanes for diverse narratives on Africa, with potentially equal means to get to the consumer. As stated earlier: narratives change as societies evolve, and technology’s effect on media are creating more space for multiple narratives.

Nuance wouldn’t be so valuable if it was common

My short stint in journalism has taught me to perceive analysis as allowing yourself to find what you are not looking for. This is what makes the African market amazing as an interphase between me and my audience. The most potent stories unveil nuance that is unpredicted by my own, and the readers’, conventional expectations.

But Africa has a huge problem of being clogged by internally vested narratives from locally competing agendas. Maybe what we as local writers and producers should hail about the global audience, is its appetite and receptiveness to our market’s nuance. Isn’t that what media progressive on the continent are competing to publish; undiscovered gems? The ability to sift through internally vested narratives is more common trait of acclaimed journalists covering Africa, than say, the ability to disprove western stereotypes.

I hazard to suggest that journalists like Komla Dumor achieved global prestige for publishing locally mundane material, or gave out a befitting narrative of Africa. Though not mutually exclusive, imploring media freedoms and fiscal support to allow curiosity beyond our own imposed confines is a greater concern than fighting western stereotypes.

Africa is broadly complex; perhaps only uniform in its continental nomenclature. The same allure of ethnic and cultural diversity, dwelling within mostly abundant natural richness, simultaneously creates difficulties in governance, policy, and socio-economic harmony. This is not unique to Africa, but it is by far most pronounced than on any other continent. Africa’s economic trends and events are more incisively, and interestingly, analyzed when approached with similar humanistic breadth.

“African progressives worry about the lack of nuance in Western coverage of Africa. But do Western audiences really want to read nuance? Is it profitable?”

Maybe this gives us the advantage of having more narratives to write and produce on, as long as we make our presentations compelling enough? Presumably, the same opportunity applies for arts and culture, as well as other genres. Is that an inadequate niche to construct a vibrant media on, nuance?

Western audiences do want to read and watch fascinating nuance. Perhaps Larry Madowo should have asked, “Are local writers and producers occupying these spaces?” We are the ones that experience nuance and are in proximity to elaborate on it.

The counter expectation would be for Africa to wait on Balkan writers to give color to societal sensitivities around their countries’ hopes for recognition, and admission into the EU. This is, of course, if we have few African experts on such intricacies. Larry’s examples of M-Pesa and internet penetration in Madagascar can be nuance of which, with compelling presentation, excite western audiences. They are not a rebuttal of western narratives, and shouldn’t be seen as such for their validation to western audiences.

Understanding our offering to the global audience

We must be honest and self-introspect. Are we bemoaning real omissions and misrepresentations by western narratives? This comes from understanding our offerings to global audiences. The continent missed the western conceived “Africa Rising” narrative. At peak global interest in 2014, non-resident financial inflows to emerging markets, which are an investment class above economies in sub-Saharan Africa, save for South Africa, reached $120 billion. The rest of the continent attracted less than 5% of those inflows.

The World Economic Forum has been generously inclusive of Africa in themes around the 4th Industrial Revolution. But in the last 10 years, Africa has contributed less than 0.5% of registered patents worldwide. Perhaps then, it is more precise to suggest that Africa does not have a problem of established western predispositions, as much as it has slow traction to command attention in the context it hopes to.

That is more a circumstance of inward incidence. Western publishers, like any other, are typically confronted by two great challenges for market share; attention span and confirmation bias. Audiences are generally attentive to ideas relevant to the realities of consequence. Proposing new ideas is often trudging against confirmation bias, as it is not re-affirming their material experience. It would be uneconomic for Western publishers to push African narratives that persistently run against these audience tendencies in their markets wouldn’t it?

Grow our own media, or assimilate

There seems to be a tendency for African progressives to yearn for stature, often defined by Western counterparts. This tempts us towards hypocrisy of sorts. Many entrepreneurs, thought leaders, politicians, and prominent members of civic society, would rather be on BBC, CNN, Forbes, Financial Times, than feature on locally developed publications and platforms. It affirms a higher stature.

Perhaps this is why much of the anti-western narrative sentiment seems to have overlooked the presented opportunities for locally contributed nuance; utilizing technology’s decentralizing effect on media. At its most competent and highest intellectual form, wouldn’t the suffrage for better representation be in sequence with the growth and support of locally developed media platforms or contributors? Well, it sure seems that now is the best time for that than ever before, if only African progressives could see it!

Finally, should Asia and South America be perceived along certain narratives? 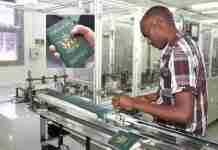