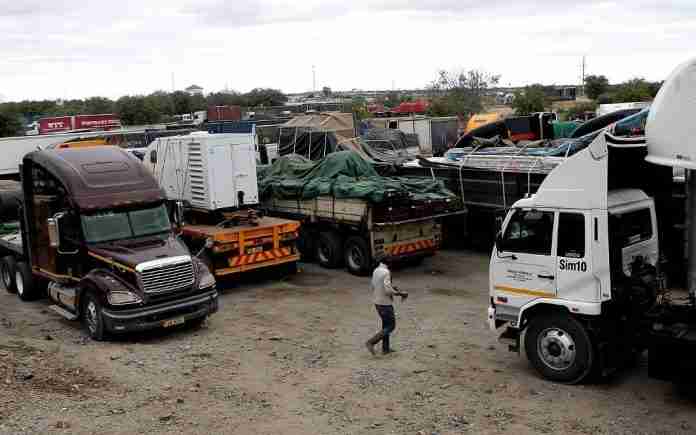 The deaths and losses building at Beitbridge show the urgent need to clean up graft and expand infrastructure at one of Africa’s busiest borders.

Delays on both sides of the border have left truckers and holiday travellers stranded for days.

Up to now, the cost of the border chaos had been measured only in dollars; the cost to truckers and the economies of the region. Now, it’s also in human lives.

A report by the South African Institute of International Affairs (Saiia) says border delays add to the price of the goods trucks are delivering. For example, says the institute, a delay of three days could increase the price of transported sugar by about 3%.

Around 65% of traffic that goes through Beitbridge is commercial.

It is estimated that, during delays in October, the transport industry lost about US$41 million for the month alone.

More tragically, the cost of the border mess is now also being measured in deaths; at least 15 people had died at the border by Friday, according to South African media reports.

Large numbers of travelers, many of whom had waited to travel home for nine months, have to contend with truckers and COVID-19 border screening.

The department’s spokesperson Popo Maja said “in the interest of addressing the congestion”, the department suspended temperature screening and health questionnaires from 23 December because “the same is performed on the Zimbabwe immigration side”.

It had been reported that testing requirements, introduced under South Africa’s upgraded regulations, were slowing down processes at the border.

While screening was suspended, proof of a negative COVID-19 test would still be needed upon re-entry.

“The main backlog was outgoing trucks. We don’t require a test when you’re going out of the country,” said SA’s health department said.

Zimbabwe reopened land borders on December 1, after shutting down all non-essential travel in March. But the International Cross-Border Traders’ Association (ICTA), says Zimbabwe opened its border too late to handle the number of Zimbabweans desperate to return home.

ICTA president Denis Juru said: “The Zimbabwe government failed to open the border entirely and all the people who have been locked in SA have been waiting for the borders to be reopened and this is not about travelling or holidays only, but it is also about people escaping SA. They have been locked in SA without money, work or food. This is the situation we have because Zimbabwe failed to open their borders.”

Delays in clearing cargo have cost truckers more than R700 million, according to Road Freight Association (RFA) CEO Gavin Kelly. He blames the South African authorities for the delays.

“Why is this happening? Government is turning round and saying: ‘Oh well, trucks are rocking up to the border, arriving at the border without the necessary documentation.’ That’s absolute rubbish. Trucks need to be pre-cleared with Sars customs before they can even enter a border customs area.”

The delays are on both sides, says Mike Fitzmaurice, CEO of the Federation of East and Southern African Road Transport Associations (Fesarta). By mid-December, at least 2000 trucks and their drivers were stuck at Beitbridge waiting to cross into South Africa.

South African border control, he says, had put up just one table to test in-bound truckers. The table, manned by a single official, worked only from 9:30am till 5pm.

The large numbers of waiting truckers were a threat to public health in Beitbridge town itself, Fitzmaurice feared, as trucks have spilled into the town’s residential areas.

“It’s turned into a situation where truck drivers are mixing with locals asking for food, water, and the use of bathroom facilities as none of these things are available for them while they have to wait to get through Beitbridge.”

Truckers say have to pay bribes of up to R1000 to be allowed through. Runners that have taken over the border post also shake down travelers who are desperate to pass.

In November, Zimborders, the company awarded a contract to expand the border post, said it has concluded a US$294 million funding arrangement to get the job started.

Raubex, the contractor, expects to complete work in two years.

Apart from expanding border infrastructure, the plan also includes automated payment systems to cut out the middlemen that have thrived on the border chaos.

Read more here on the plan to fix the border post

Joe Mutizwa tells US Senate: US must drop sanctions, ED must get house in...

Will Elders’ rebuke return to haunt the opposition?