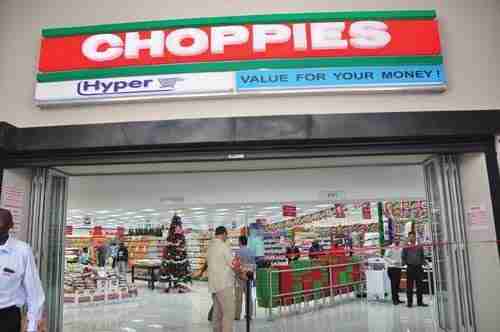 When Choppies Enterprises, which is chaired by former Botswana president Festus Mogae, expanded into Zimbabwe in 2013, it partnered with Nanavac Investments, which is owned by former Zimbabwe second vice-president Phelekezela Mphoko and his son, Siqokoqela.

The Mphokos hired Ncube, who is vice-president of the Movement for Democratic Change Alliance, to intervene in their dispute with Mogae over the shareholding. Mogae insisted that the Mphoko family was given 7% shareholding free of charge, but the family denied this and showed evidence that Nanavac borrowed $20 million (R297.4 million) from Choppies, which would be repaid through “revenue from trading activity” for a period of six months.

Choppies settled with Nanavac in June last year by paying $2.9 million to father and son. The Mphokos now have to fight to get all the money which was allegedly paid into Ncube’s law firm trust account as part of the settlement.

According to papers Nanavac has filed in the Bulawayo High Court, Ncube failed to transfer about US$1.4 million.

“Despite demand, the defendant has failed, neglected or refused to pay the aforesaid balances of US$832 500 to the first plaintiff and US$619 708 to the second plaintiff,” read the papers.

Siqokoqela said that he had also laid criminal charges of fraud against Ncube.

“It’s seriously criminal what Ncube has done and we will report him to the [Law Society of Zimbabwe]. How does a person who, as our lawyer, knows what we went through turn around and steal from us in that manner?” he asked.

Ncube, however, has indicated that there is a third party who has acknowledged his indebtedness to the Mphokos.

“The matter is in court and therefore sub judice. It might not be wise to comment beyond saying that we released the disputed amount as per instructions to a third party in a business transaction, but unfortunately that third party is yet to fully perform his obligations under the agreement in terms of which we were instructed to release the money to him. The third party fully acknowledges his obligation to pay the outstanding amount.

“Given that they issued summons against us claiming from us rather than the third party, we have defended their claim,” he said.

Siqokoqela, however, said that he and his father did not know the third party and did not instruct Ncube to engage him.

In text messages between Siqokoqela and Ncube on March 16, Ncube wrote: “I am the one who chose the buyers of the bonds, so I take full responsibility for the delay. I unconditionally accept all the blame.

“I fully understand all the anger and frustration. I am doing all I can to get them to pay.”

In another text message, Ncube wrote: “Those people don’t know that you have anything to do with the transaction. I could never use your names when doing transactions. The transactions are sensitive and are between me and the intermediaries I have worked with for years.”