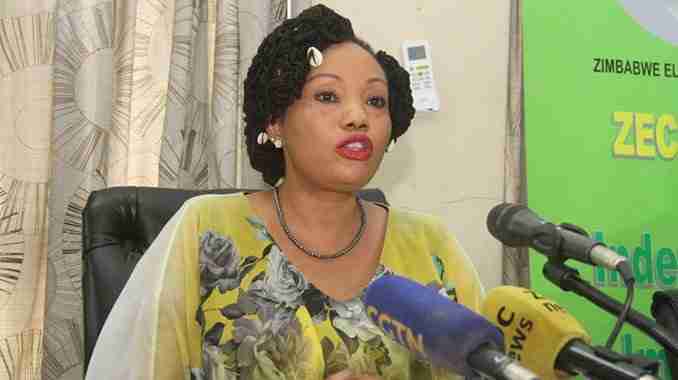 Priscilla Chigumba is winning the legal battle, but she is losing the war to win public confidence.

Surrounded by reporters after her swearing in as the head of the Zimbabwe Electoral Commission (ZEC) early February, Chigumba said she knew what needed to be done.
“My mandate is very clear,” she said. “It’s just to administer the law, to apply the law which exists and as a judge, I do that on a daily basis.”

How would she deal with opposition claims of ZEC bias, a reporter asked? “Certainly, we will look at all those issues and do our best because it is our intention to deliver a credible election,” she replied.

Since her appointment, she has faced a battery of attacks, some of it personal. For months, she has stoically stood her ground, arguing that nothing she has done so far was in breach of the Electoral Act or the Constitution.

But five months after her appointment, at her latest weekly briefing to media on Monday, the pressure appeared to be telling. She was abrupt, cutting off one journalist mid-question.

It has been a bitter row between Chigumba and the opposition. Each time, she has deftly used the rule book to bat away the attacks.

On accusations of delays in the release of the voters’ roll, ZEC argued it complied with the law, which required it to release the roll “within a reasonable time” after voter registration.

The first copies of the roll were handed out just over three weeks after the close of registration. Chigumba argued that this was “reasonable” enough time.

Opposition also demanded a voters’ roll with pictures, citing a Statutory Instrument made in 2017. ZEC, citing the Electoral Act, argued there was no such provision in the law. ZEC said the SI only applied to the voters’ roll to be used at poll stations, and that ZEC would indeed use a roll with pictures on polling day.

Besides, a PDF roll is not analysable as is the Excel document issued, and the whole roll with images of 5.7 million voters would need 5000 CDs for each candidate.

A demand by the MDC Alliance to be involved in the tender for the ballot paper supplier and printer was also brushed away using the law. There is no such provision in the law; ZEC is only required to advise parties on the identity of the supplier and the number of ballots. ZEC was quick to point this out.

“…the law is very clear; there are no grey areas”

In an interview with The Herald, Chigumba again pulled the law on her critics. If the MDC Alliance wants to be allowed access to ballot printing, they must go back to Parliament and make the necessary laws.

“So that is the legal position, the law is very clear; there are no grey areas. We have encouraged political parties during the time when the Electoral Amendment Bill was debated in Parliament to say look there is no legislative framework for these requests that you are making to us to be made part of these processes, so kindly go to Parliament and try to get these requests made part of the law,” she said.

She may well be right about the law. But what she doesn’t get is the other critical part of her mandate; building a ZEC that the public has faith in. The law alone cannot do that job. What will do it is Chigumba and ZEC taking extra steps to win public trust and confidence.

There is a long, dark history that Chigumba has to deal with.

For much of Zimbabwe’s recent history, elections were run by Tobaiwa Mudede, the Registrar General known as much for his eccentric ideas on birth control as he was for his election fumbling.

In 2008, George Chiweshe’s ZEC withheld Presidential election results for six weeks. Parliamentary results were announced in dribs and drabs for days on end. When ZEC did release the final results, few people believed them. To widespread ridicule, Chiweshe said the delay had been caused by the need for “meticulous verification”.

Rita Makarau, who ran the 2013 election, was accused of links to Robert Mugabe. She damaged ZEC’s reputation by failing to deliver a voters’ roll for the election. She resigned last December.

Chigumba stepped into this history. Beyond just following the law, part of her job had to be cleaning up a bad reputation caused by years of poor election management.

Surveys show the massive task at hand. A recent survey by the Zimbabwe Council of Churches shows that only 36 percent of Zimbabweans see ZEC as credible. A staggering 59 percent of registered voters believe ZEC works with politicians and parties to rig elections. Only 42 percent believe enough has been done to make polls free and fair.

Just days before Makarau quit, Finance Minister Patrick Chinamasa had shown how much the Government needed a credible election to gain legitimacy and boost the economy. In his budget speech earlier in December, Chinamasa five times mentioned the need for a credible poll.

ZEC needed to reflect President Emmerson Mnangagwa’s rhetoric on breaking with the past, creating a new era of open public institutions. But the commission has failed to take extra steps needed to match that.

ZEC is not the first commission in the world to have a PR problem. From the USA to Kenya, electoral bodies have had to take deliberate steps to win the public’s confidence.
Kenya’s Independent Electoral and Boundaries Commission (IEBC) had to go all out to shed its poor reputation, after previous disputed elections cost lives. In the hotly disputed 2017 poll, the IEBC ran a strong communication campaign, hiring strategic communications specialists to support its communications department.

With no visible communications plan, ZEC has simply rolled over under a sustained campaign against its credibility over recent months. Already carrying a bad reputation, this is suicidal in an era of social media, with its attack ads, fake news and networks of seemingly coordinated online influencers.

ZEC’s poor reputation is the result of its own bungling and accusations of conniving with everyone from Israeli intelligence to Chinese fixers to rig the polls. There are tales of special ballot paper and pens that shift a voter’s X from one candidate to another.
To ZEC, and indeed to many independent observers, all this is fictional nonsense.

But that is missing the point. It doesn’t matter if it really is fiction. What matters is the number of Zimbabweans that actually believe it. They need to be reassured, however frivolous ZEC might think the beliefs are, that no chromatography happens in the ballot box.

As Foreign Affairs Minister SB Moyo said at Chatham House in London earlier this year, more than international observers and other external interests, the election outcome has to be accepted by Zimbabweans themselves. ZEC can’t achieve this by merely doing what’s on the manual. They have to do more.

“We cannot do that, it is against the law”

Visibly running out of patience, Chigumba now says the commission will meet to decide on whether to allow any more concessions or to ignore everything and strictly go by what the law says. This would be yet another mistake by ZEC. In fact, by ending engagement with the opposition, ZEC would be right where the critics who have been prodding ZEC into making reckless reactions wanted them.

That the law does not provide for certain steps does not make them illegal. There is nothing in the law barring ZEC from taking the extra steps to be more transparent, as demanded by the Constitution. There are no extra expenses to be incurred by ZEC. If anything, many opposition parties may lack the resources needed should ZEC accept their demands to monitor every process from ballot printing to tracking transportation of materials to all 10 985 polling stations.

ZEC’s legalistic approach will not fix its reputation. It is only doing the opposite. ZEC’s insistence on just ticking the legal boxes will not help Zimbabwe to have an election whose outcome is not disputed, so that we can, finally, move forward. The economy’s immediate direction is tied to this poll.

For Chigumba, repairing ZEC’s credibility will be a bigger win than any administrative successes. Stubbornly restricting itself to “what does the law say” will help win ZEC the legal arguments, but it does nothing to close its yawning credibility gap. 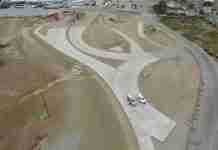 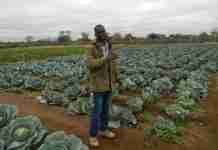 FEATURE | Oasis in the drought: How farmers in Zimbabwe’s driest regions are learning new ways of farming

Innscor: From fast foods to car parts, here is what this giant group really owns