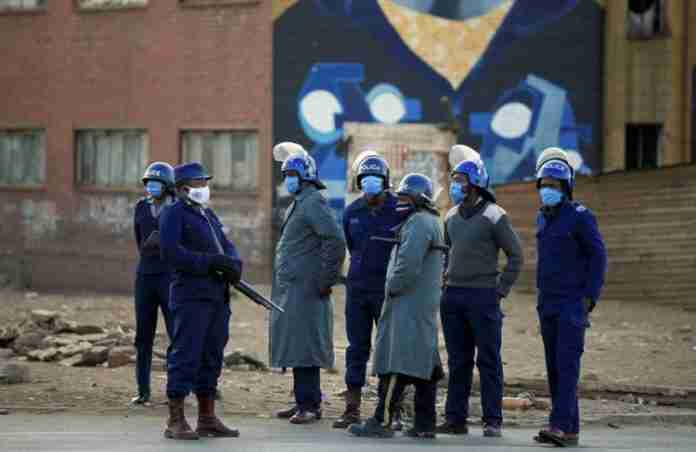 Zimbabwe’s businesses were shut and streets deserted in the capital Harare early on Friday as security forces increased patrols to stop anti-government protests called by activists over corruption and economic hardship.

Activists reported several arrests, including those of MDC spokesperson Fadzayi Mahere and seven others. Author Tsitsi Dangarembga was also arrested while protesting in Borrowdale.

President Emmerson Mnangagwa, who is under pressure to revive a stricken economy, has said the protests constitute an “insurrection” by the opposition.

In central Harare and nearby Mbare township – a hotbed of past protests – businesses, including banks and supermarkets, were shut as police and soldiers patrolled the streets.

“Workers were told not to come today just in case there was trouble,” said a security guard, who identified himself as Martin, having a meal of tea and sweet potatoes at a bank.

A journalist in Bulawayo said businesses were also closed with few cars on the road.

Zimbabwe’s worst economic crisis in more than a decade is marked by inflation running above 700%, acute shortages of foreign currency and public hospitals crippled by strikes and a lack of medicine.

Police spokesman Paul Nyathi told AFP they had received no reports of any incident.

“It’s peaceful. Everything is certainly under control,” he said.

An AFP photographer witnessed writer Dangarembga and another protester, Julie Barnes, bundled into a police truck while protesting on a road in Harare’s upmarket suburb of Borrowdale, carrying placards.

Tweeting from the police station, Dangarembga said: “Finally got a bathroom. No water because no service delivery and no power for the borehole. But there was a drum to wash hands and hand sanitiser. Being transferred now.”

Opposition MDC spokesperson Mahere and seven others were arrested after staging a protest in the Groombridge area of Harare.

Mahere posted a Facebook Live video of her arrest, showing armed police approaching her group as they sat outside a Groombridge supermarket.

”Riot police are coming at us. They’re armed,” Mahere is heard saying in the video.