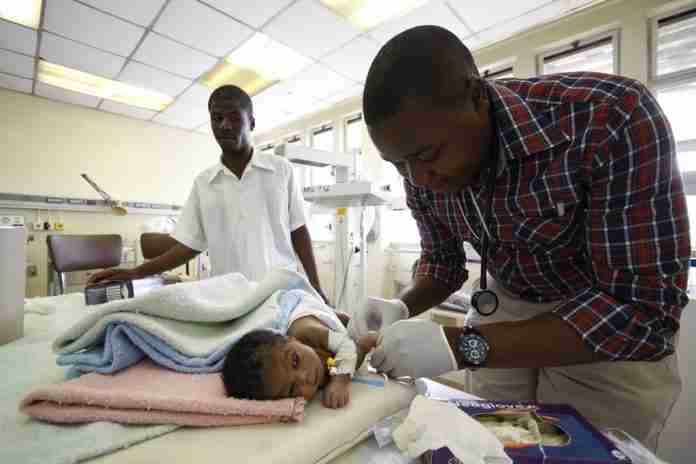 Higherlife is run by Tsitsi and Strive Masiyiwa, founder of the country’s largest telco, Econet Wireless, which announced a Z$10 million grant for the new campaign.

Masiyiwa’s other subsidiaries, including his solar and logistics companies, are also part of the new plan.

The ‘Support Our Hospital’ campaign will seek to secure essential resources for hospitals, where the shortage of medicines and equipment is one of the key reasons why doctors have gone on strike since September, crippling healthcare.

“This initiative seeks to ensure that we resource our hospitals with the essential tools for the trade for doctors,” Higherlife CEO Kennedy Mubaiwa said.

“We are looking at a start-up kit for doctors that includes diagnostics sets, protective clothing, blood pressure machines, cannulas and most importantly, essential drugs and medicines critical to saving lives.”

Econet Wireless Zimbabwe Group CEO Douglas Mboweni said Econet Wireless would immediately support the initiative with a Z$10 million commitment as well as smartphones to be used by doctors, worth an additional Z$1.5 million.

Liquid Telecom will provide web connectivity while Vaya, Econet’s ride-hailing service, would provide free transport for doctors and nurses, along with water deliveries to some major public hospitals that have been struggling with access to clean water.

The new campaign follows Higherlife’s  recent announcement of a Z$100 million Doctors’ Training Fellowship, under which the charity plans to fund up to 2000 doctors to return to work. Earlier, Higherlife announced that over 300 doctors had signed up for the fellowship.

Econet’s involvement has drawn both praise and criticism.

Some doctors’ unions rejected the fellowship programme, saying it fell well short of their demands on USD-based wages and better hospital resources. Private sector support, they said, would also be a let off for Government on its own responsibilities.

However, some have backed Masiyiwa’s offer, pointing to his previous intervention in Zimbabwean healthcare. Econet was a major donor during the cholera crises of 2008 and 2018. In 2009, the company’s funding helped reopen the University of Zimbabwe’s medical school, which had been driven to near collapse a year earlier.

OPINION | Sticky wicket: Can Zimbabwe cricket duck its troubled ties with the country’s...