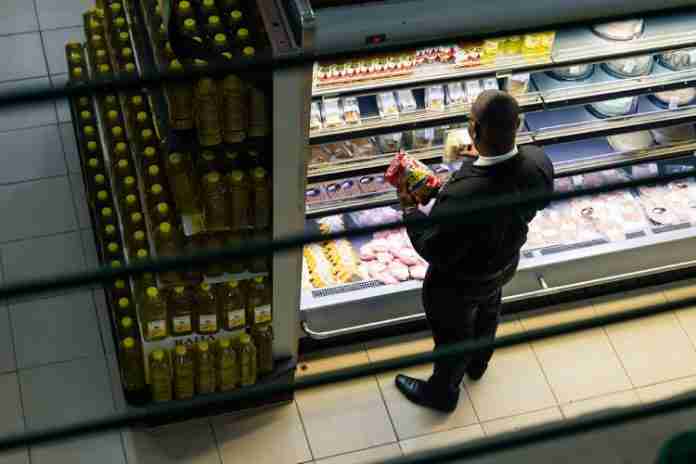 For much of the past year, Zimbabwe’s economy has oscillated between confusion and chaos, and as the second half of 2019 wears on, the headwinds show no immediate sign of relenting. This is in spite of government’s own constant and consistent barrage of positive narratives attempting to placate the nation.

And for the most part, the country has been in need of placating, reeling under the weight of the “big-bang” shock therapy being administered under government’s Transitional Stabilisation Program (TSP), adopted in October 2018.

For the ardent observers, current events are reminiscent of the recurring themes during the hair-raising hyperinflation era. Winding fuel queues, electricity shortages, incessant talk of “unscrupulous and profiteering” retailers, and the threats to faceless “economic saboteurs”, all bring flashes of the tumultuous “lost decade” that was the hyperinflation period.

Zimbabwe: Everything that could possibly go wrong, has

If ever there was any doubt as to the efficacy of Murphy’s law, then any such doubts were put paid in January this year. Virtually everything that could go wrong, did go wrong. With no visible end in sight to the blight of queues for fuel, compounded by rising parallel market rates, basic goods price increases and an economy in stagnation, tensions among the citizenry were heightened.

In fact, as early as October 2018, tensions had generally been rising, following that “big-bang” shock therapy, wherein among a host of other measures, the separation of FCA Nostro accounts and RTGS balances, which all but ended the mirage of the parity between the bond notes and the USD.

Something simply had to give! Then, with the subtlety of a jackhammer, government increased fuel prices by an unprecedented 150% in January, in an evening televised address by the Head of State. It is worth noting that given the national mood at the time, this move was tantamount to dousing a raging fire with kerosene.

Following this unpopular move, with President Mnangagwa away on a European tour, which included a planned attendance of the World Economic Forum in Davos, violent protests erupted in which a reported 12 people died.

Government’s response to the crisis could not have been any more ham-fisted. A shutdown of the internet ensued, drawing wide criticism of an infringement of people’s constitutional rights. The official government line was that this was a “temporary and tactical move aimed at restoring peace.” However, the blowout from the protests was consequential such that the Head of State had to cut short his European tour, including his planned appearance at Davos.

Hustling has rather blithely been defined as the art of practicing capitalism, without the capital. This perhaps aptly describes the introduction of the interbank market by the RBZ in February of this year, when it was manifestly evident that there just is not enough foreign currency in the formal banking system to go around. Going by the aforementioned definition of hustling, one could make an appealing case that the suits at the central bank are hustlers in a way.

And since then, press release after seemingly contradictory, press release, they have lent some weight to this notion. It is a damning indictment that after a policy announcement by fiscal and monetary authorities, there has almost been the need for supplemental press releases ostensibly to clear up confusion gripping the market. In fact, this may truly well be reflective of the unfortunate undercurrent of “on-the-fly” policy making, with minimal regard for consequence.

And as if to show that even the gods had their back turned against the country, Cyclone Idai ravaged parts of Manicaland and Masvingo provinces in March.  The trail of emotional, physical and financial destruction left in the wake of this tropical cyclone is something that will take a long time to recover from.

Zimbabweans have been battered and bruised, that is the long and the short of it! Inflation, foreign currency shortages, the deterioration of provision of services such as water, electricity and even critical medicines at public hospitals has all but left most of the citizenry hapless.

Perhaps more frustrating is the ineffective and formulaic responses to the challenges by government, straight out of its traditional playbook. Unceasing government rhetoric which generally casts businesses as the prime enemy has firmly set root in national discourse.

Then there is the seemingly duplicitous and dishonest communications from government, which lay to bare its flexible relationship with facts and truth. The circumstances surrounding the $10 million dollar payment to South Africa`s national power utility, Eskom being a case In point.

A lot can be said about the state or lack thereof of government`s communications strategy in general and the ministry of finance in particular. For the most part, it appears the tone-deaf communications coming from the treasury are directed at the international community – the IMF, World Bank etc – and not the locals, who are carrying the pain of stagnant incomes and higher tax burdens under its austerity program.

For all the brouhaha over the country’s “budget surplus” for instance, the local man on the street still struggles to access medicines at local hospitals, obtain a passport from the registrar’s department, neither is there sufficient supplies of electricity and water. All this makes the ramblings over the surplus seem out of touch with reality, and even a touch insensitive.

Beverage manufacturer, Delta Corporation has long been considered the bellwether of the state of the economy. Its latest quarterly update showing an overall deterioration across its major business segments, perhaps is the most pointed indication of how comatose the Zimbabwean economy is.

Another major company, Econet Zimbabwe, has released a decidedly blunt and brutal press release bemoaning the expense involved with running back-up generators for protracted periods of time, in the absence of electricity.

Surely the signs of economic morass are plenteous and visible enough to jolt the authorities into action. Instead, they have often favoured propaganda of an economy on the mend, massaging facts with near reckless abandon.

Often economics boils down to numbers, ratios, percentages which for the most part are just that. Mere numbers and percentages which in reality have a minimal bearing on the life of the ordinary person. The economic and political crisis repeatedly unfolding in Zimbabwe has a real human cost. Lives are being lost unnecessarily in public hospitals, strapped of even the bare essentials. On the streets, young people who cannot see a turning point in the midst of the drawn out Zimbabwean nightmare are increasingly turning to crime and other social ills like substance abuse.

This is the brutal reality masked in all the talk of budget deficits, high inflation, debt to GDP ratios, exchange rate distortions, and all other colourful economic statistics being bandied about in the country’s economic discourse. The cost of a despondent, and dejected young population that has all but given up on all that Zimbabwe represents, is too huge to quantify. Long after the current government protagonists are gone, what remains of Zimbabwe`s economy will be plagued by these unquantifiable costs.

When it comes down to it, one gets the sense that there is just no real urgency and desire to effect the structural reforms needed to get the economy working again. Arrests that send a clear message that to both the “tigers and flies” – to borrow from the Chinese Communist Party`s parlance – that graft will no longer be tolerated have been nonexistent.

A look at Cabinet’s weekly decision matrix, paints a somewhat dreary picture of reactionary decision makers, seized with operational matters and not the all-important long-term strategic issues, that could have seen the country avoid the current power shortages, had decisive action been taken, say 5-10 years ago.

“…with very little trust in government on the whole, support for the necessary reforms will be difficult to get…”

More importantly however, the credibility deficit government has is immense! And with each policy directive and public utterance, government does not seem to be doing itself any favours in restoring said deficit. As the year progresses, and government seeks a path to economic recovery, it has to not only choose the right policies, but also the best possible implementation of chosen policies.

However, with very little trust in government on the whole, support for the necessary reforms will be difficult to get, especially where short-term sacrifices are involved, while long term gains are less tangible to the man on the street. As the year wears on, it remains to be seen how bumpy the ride will get, and more crucially how successfully the pilots will navigate the headwinds.