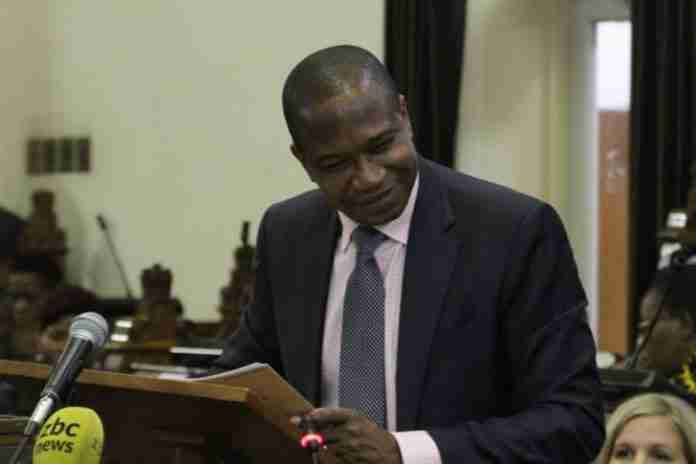 In 2009, Zimbabwe stopped showing annual inflation data after switching to the US dollar. Now, the country is doing this again, and this time it’s because it has ditched the US currency.

Until February 2020, the country will only release month-on-month numbers, Finance Minister Mthuli Ncube said in a mid-term budget speech Thursday.

Ncube said current year-on-year comparisons are based on last year’s US dollar dominated prices, which he believes distorts data when compared to prices after this February’s currency changes, which reintroduced a local currency. Government subsequently ended dollarisation in June.

“The change in currency regime from multi-currency to Zimbabwe Dollar has definitely impacted on the base for calculation of CPI indices and hence inflation. Given this transition, Zimstat will defer publication of year on year inflation while building up data of prices in mono-currency for a period of 12 months to February 2020. This will ensure that we compare like with like in terms of currency regimes,” Ncube said.

This is not the first time Zimbabwe has had to suspend annual inflation data after a currency change. In 2009, the country only began gazetting annual inflation figures in December that year, using December 2008 as the base.

In 2007, former President Robert Mugabe ordered the then Central Statistical Office to stop releasing all inflation figures. That month, annual inflation had risen to 3713.9%, a figure that was not announced by the CSO, but only buried deep in an article about a new price control law. The government only resumed publication of inflation data after the country dollarized.

Ncube said the deficits had been driven by issuance of TBs and the central bank overdraft, resulting in uncontrolled expansion of money supply which ended up chasing foreign currency in both the formal and parallel markets.

Inflation has spiralled since October, rising to 175.66% in the year to June. Ncube blames high deficits for feeding the inflation, but says his “fiscal consolidation reforms rolled out since October 2018 and a complementary tight monetary policy, have managed to contain excessive money supply growth, which had been the main driver of inflation”.

However, Ncube conceded that the economy would contract this year. Treasury data shows a 2.1% contraction, in line with IMF estimates. Ncube, however, warned that the contraction could be bigger. Initially, Treasury had forecast the economy to grow 3.1% in 2019.

In Parliament, Ncube admitted the fight against inflation was far from over. Quoting economist Milton Friedman, he said: “Inflation is taxation without legislation”.

“The story of Zimbabwe’s inflation has visible scars in our lives and deserves proactive and appropriate attention,” Ncube said.

It is not only the ‘rebasing’ of inflation that is a throwback to 2009. The government’s revenues and spending, in US dollar terms, almost match those from 2009, showing how the economy has now rapidly shrunk to the size it was a decade ago.

Even the 2019 government employment cost figures and total deposits are in the same ballpark as the 2009 numbers, in US dollar terms.

Ncube also proposed to increase fuel excise duty, which will further raise price of fuel above Z$9 per litre, as well as road toll fees. Vehicle registration and licensing fees are also set to go up by as much as 400%.